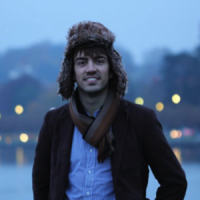 The U.S., « The World’s New Favorite Tax Haven », or The Use of Double-Standard Policies 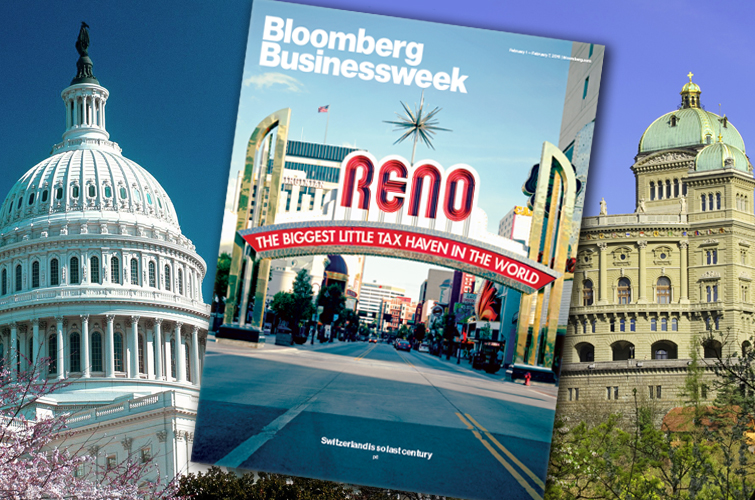 Bloomsberg’s article revealed that the U.S. is now more of a tax haven than Switzerland. © Jet d’Encre

Back in 2007-2008, the financial and economic crisis rapidly plunged the world into political, economic and social chaos. The U.S. government and most European countries launched a massive economic stimulus package to rescue banks and quickly boost economic recovery. The huge costs of economic stimulus packages had short-term benefits for U.S. and European economies but on the other hand  drastically inflated their public debts. Needless to say that governments have a bad habit of looking for scapegoats during hard times and struggles, instead of taking responsibilities for their problems. This is how the U.S. government, followed by the European Union, started hunting down tax evasion and tax havens. And Switzerland was immediately on the firing line. After long and tough negotiations, the Swiss government eventually ceded under the political pressure and agreed to get rid of bank secrecy through an automatic exchange of information for tax purposes. Public opinion heavily criticized this agreement, and some even claimed that Switzerland “puts down its pants” in front of the U.S. and the EU. After much turmoil and controversies, the Swiss people decided to swallow the failure of negotiations, and the Swiss government announced in October 2014 that it will end bank secrecy by 20181.

While the bank secrecy has had a long tradition in Switzerland since the 18th century, it is true that it has been associated with controversial, and sometimes, dirty practices. For example, much of the wealth expropriated by the Nazis from rich Jewish families ended up in the banks of Switzerland during World War II; countless cases of dictators or criminals deposited illegally-acquired liquidity and assets on Swiss bank accounts; many foreign politically-exposed people have hidden their wealth from their fiscal authorities by coming to Switzerland; you name it. This is the kind of stories that have heavily damaged the reputation of the banking sector in Switzerland, and of which Swiss people are definitely not proud of.

In an effort to restore trust and integrity on a damaged reputation, the Swiss government has enacted several laws and regulations to fight against dubious banking practices in recent years. To fight against money laundering, Switzerland has joined various organizations and initiatives such as the Egmont Group and the Financial Action Task Force (FATF), and opened the Money Laundering Reporting Office. To deal with the scourge of tax fraud and tax evasion, the country has voluntarily joined the Council of Europe Convention on Mutual Administrative Assistance in Tax Matter in 2013 as well as the Global Forum on Transparency and Exchange of Information for Tax Purposes. Moreover, Switzerland actively contributed to implement the new international standards for Automatic exchange of information (AEOI) with the EU and several other countries. The country was finally withdrawn from the OECD grey list of tax havens in September 2009 after signing those various fiscal cooperation agreements.

Last but not least, in June 2014 the United States used unilateral actions to force Switzerland to enact the Foreign Account Tax Compliance Act (FATCA), requiring Swiss banks to disclose account details of U.S. taxpayers directly to the American tax authorities. Ultimately, private foreign assets in the form of securities in Swiss banks have dropped by half from $1109 billion in 2007 to $516 billion in 20152. While we shall not forget that Switzerland is a tiny country with relatively weak political powers to face giants like the USA and the EU, those various initiatives, mostly consented, actually demonstrate Switzerland’s willingness to act according to its core beliefs and principles: pragmatism, diplomacy, cooperation and a solution-oriented outcome.

But most of politically sensitive Swiss citizens jumped out of their seat from anger and frustration the first time they read Bloomberg’s article published on January 27th, 2016 describing the USA as “the world’s new favorite tax heaven”3. Gloomily, this article has heavily damaged the credibility of the USA as a reliable and trustworthy partner. Indeed, the political maneuvering of the American government seemed to aim at eradicating competition from Swiss banks rather than truly fighting the scourge of tax evasion. Its refusal to sign the OECD information-sharing standard has enabled the USA to take over a juicy business. Offshore wealth is now moving to places such as Nevada, Wyoming and especially South Dakota, which take advantage of guaranteed secrecy for trust companies and very indulgent corporate tax laws to attract foreign wealthy clients. This information has been revealed with the leak of the widely spread Panama Papers4. According to the Financial Times5, the number of trust companies in South Dakota reached 86 in 2016, up from 20 in 2006. Concurrently, assets held in those trust companies have been multiplied by almost 7, rising from $32.8 billion in 2006 to $226 billion in 2014. Overall, offshore wealth would currently reach $800 billion in the U.S. while being expected to grow by 6% yearly, ranking as the third fastest-growing market after Hong Kong and Singapore.

Far from being naive about the world of politics and its hypocrisy, this is the straw that broke the camel’s back. Therefore, it is important to raise public awareness on such predatory move. We have to note that the double-standard policies used by the American government are totally counterproductive not only for the credibility of Swiss-American relations, but also for international cooperation to fight tax evasion. The United States being currently the world’s leading superpower, it has the duty and the responsibility to show the example. It is truly doubtful that we may eradicate tax evasion one day without a strong commitment from the American government. Therefore, it should play by the rules, comply with the various international agreements, and respect the efforts undertaken by the international community to face this global challenge. Before pointing fingers, make sure your hands are clean.