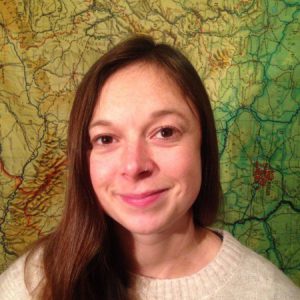 Growing up with white privilege 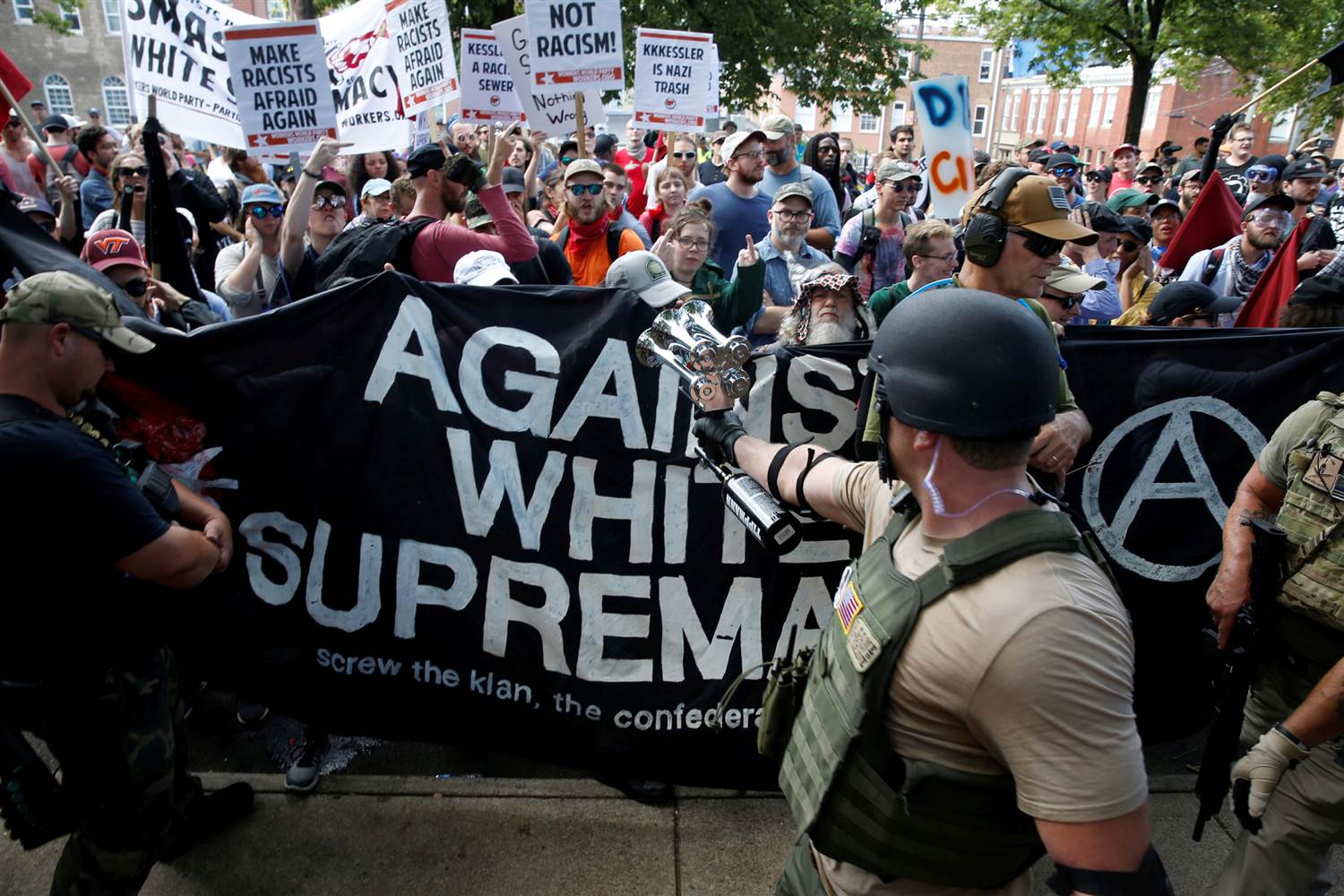 After the horrific killing in Charlottesville on the weekend of 12/13 August 2017 and the open display of racist ideology, Mira Fey revisited her own path of growing up white in Germany with the conviction that all people are equal and the continuous confrontation with discrimination and racism. In this article, the author describes how she became aware of her own whiteness and the privileges associated with it.

When I grew up in Germany in the 1990s and early 2000s, I was taught by my (white) German teachers that all people are equal, that no one is worth more than anyone else because of the color of their skin, their origin, their language, their gender, their class, their sexual orientation, their religion, or any other marker of difference. I learned that the crimes against humanity that happened in the 1930s and 1940s during the Third Reich were never to be repeated again. Never again should citizens of a state be marginalized for one of those differences, be excluded from public life, be targeted by police, have their livelihoods destroyed, be detained, imprisoned, worn out through starvation and forced labor, and eventually industrially killed. I learned that there is enough evil in most people to let these things happen without even speaking up, let alone protesting, even if they are not actively participating. I read biographic accounts written by Holocaust survivors when I was 14 years old and hoped that I would have been strong enough to stand up to those injustices.

The first time I was confronted with my own whiteness was when I lived in Tanzania for a month in 2008 and felt horribly uncomfortable with the concept of otherness connected with privilege. Small school children came running up to me to touch my skin, young men asked me to marry them to go to Europe. I had no words for it then.

I spent 2009 working and traveling around Australia where I was regarded as “a good foreigner” by my racist Western Australian colleagues in Carnarvon and Broome who ranted against Aboriginals and Asian foreigners most of the time. I felt sick hearing their slurs and tried to stay away from them as much as possible since their hatred made me furious, but I desperately needed the money from the jobs to pay my bills and continue traveling. I did not speak up, but stopped conversing with or smiling at them when they greeted me. It was my first experience of being in a state where an ethnic minority had been marginalized and detained without receiving justice. While Aboriginal children are no longer taken from their parents into foster homes to be “civilized” as it was the case at least until the 1980s, there is no equality of opportunities between white Australians and Aboriginals. I was appalled, but knew very little about the historical processes in the country.

When I started the BA in International Relations in 2010, I had classmates from Nigeria, Ethiopia, Nepal, Bangladesh, China, Iran, Eastern Europe, and other countries because studying was free for everyone in Sweden then. Here, I was confronted with a variety of accents I had to get used to before being able to exchange views with my classmates. Equally, I was confronted with prejudices clashing with the ideals of equality of men that I grew up with. Language difficulties are easily equated with lower intelligence when the respective person might already have mastered two, three other languages before beginning to learn English. A different focus in history class due to a different geographical origin is easily seen as a lack of knowledge instead of a challenge to the Euro-centric focus with which I grew up with.

Again, I learned that I was a “good foreigner” in Sweden: I was not followed by the detective in the supermarket when shopping as some friends were, I never had any remark about my accent, I was only slightly exotic because of my dark hair, but acceptable. I started to be angry about the underlying, unspoken xenophobia friends were facing every day while I got away through being a young white German woman. It was difficult to confront Swedes with the issue of racism in their country; political correctness is one of the top behavioral priorities there.

I moved to Switzerland aware of the open xenophobia here, not least due to the results of the public vote advocating for less immigration. After the hidden resentments in Sweden, it first felt a little more comfortable that at least there was no pretense of political correctness. Still, when a friend from West Africa was stopped by the (non-uniformed) Drug Task Force simply for wearing a hoodie in the city center, or my Central American boyfriend had to answer several questions before being allowed in the country in the airport while I could just walk through with my German passport, my anger grew. All men are equal? Not here.

I was again confronted with more of my own prejudices in my relationship and in friendships. I remember with shame when I complained on a trip to Prague that I could not eat lunch for breakfast as my Latin or West African friends could “due to their home countries”. I survived the lunch and have since then been able to adapt my diet to the food on offer rather than to how I grew up, but I am still embarrassed when thinking about this moment. While I try as well as I can to confront my prejudices and be aware of my whiteness and the privilege that comes with it, sometimes it is easy to forget about it. It is easy when you are surrounded by other white people who fail to even acknowledge it, but the same situation can be infuriating when you are trying to remark this very fact.

When I went to US last year in May and this year in February, it was impossible to forget white privilege. It was impossible to ignore the racial segregation in cities like Chicago, New York, and Baltimore. It was impossible to look away when regular black elderly men begged for money for FOOD. Not drugs, not alcohol, not even cigarettes. They had nothing to eat, in the greatest country of the world, the super power. I rode a bus with two young white republicans working for Congress who literally said if you work hard enough, you will be able to achieve whatever position you want. I attempted to discuss the highly unequal school system in the US with them that is still very segregated along lines of race and class, but they merely acknowledged this shortcoming without seeing a structural issue behind. I walked down residential streets in Chicago where front lawns sported the US flag and finally understood how it must be to grow up white, male, and relatively well-off in a country with the self-image of a (white) superhero. Clearly, there is no time to stop and question yourself, and there is certainly no time to check whether you reached your achievements due to your hard work or maybe also due to your inherent white, male privilege. When clubs have a dress code that prohibits solid color t-shirts, it takes a second to realize that this is not a color-blind dress code, but targets specifically young black guys wearing such shirts. You might even be able to see white guys wearing solid color shirts inside.

In the US, I didn’t only feel white. I felt like I wanted to clarify that I did not grow up in that society, that I was not part of the American white supremacy, but also a foreigner. Still, in reality, I have enjoyed more benefits than I would have there – free high quality education, free health care until I was 25 years old, affordable fruits and vegetables (this is a big marker of segregation in the US). I could not excuse myself by saying that I did not grow up there. Just by being there and by being white, I had to take a stand against supremacy and against racism, and I tried that as much as possible. Mostly I was just incredibly angry and sad. I cried on half of the days I was there because I could not stand the injustice.

I cannot understand how people growing up in the US are simply able to ignore these appalling injustices that are directly related to the history of slavery of the country and the way they dealt with its continuing legacy. Last weekend, white supremacists, neo Nazis, members of the KKK, and other racist and fascists marched in Charlottesville with Nazi flags, slogans, and salutes. One counter-protester was killed by one of the racists driving a car at full speed into the counter demonstration. The racists demonstrated against the removal of a confederate statue, another symbol of slavery and racial discrimination. Watching footage from the weekend was a reminder that none of those never agains I learned in high school actually held up – people are still prosecuted for the same reasons by their own states.

Just in the US alone, prisons are full of young poor black or Hispanic men imprisoned for minor crimes or simply ways to escape structural poverty, police are shooting innocent people because of their skin color, and now white supremacists are ready to join in to the already violent racism people of color face every day. In such a state, those who do not speak up condone the violent events from the weekend, they condone the racism, they condone everyday racist violence, and they condone structural disadvantages based on race and class.

It makes me sick to watch those scenes on the screen that are just like Germany in the 1930s. At that time, people did not speak out enough, they did not imagine that all the horrors would come true even though Hitler was explicit about his racial theory. The racists from today are just as clear. It is inconceivable to me how their hate speech and incitement to violence is part of the right to free speech. Maybe it is because I grew up in Germany where such things are unconstitutional (as part of never again), but I do not think that anyone has a right to openly call for racially motivated killings (or any killings for that matter). This needs to be stopped immediately to prevent further escalation. Otherwise, we will all become accomplices.