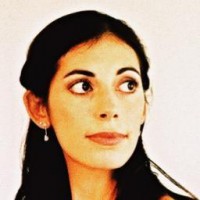 Tania Lombrozo is a contributor to the NPR blog 13.7: Cosmos & Culture. She is an associate professor of psychology at the University of California, Berkeley, as well as an affiliate of the Department of Philosophy and a member of the Institute for Cognitive and Brain Sciences. Lombrozo directs the Concepts and Cognition Lab, where she and her students study aspects of human cognition at the intersection of philosophy and psychology, including the drive to explain and its relationship to understanding, various aspects of causal and moral reasoning and all kinds of learning. Lombrozo is the recipient of numerous awards, including an NSF CAREER award, a McDonnell Foundation Scholar Award in Understanding Human Cognition and a Janet Taylor Spence Award for Transformational Early Career Contributions from the Association for Psychological Science. She received bachelors degrees in Philosophy and Symbolic Systems from Stanford University, followed by a PhD in Psychology from Harvard University.

Why We Need Philosophers Engaged In Public Life

Say "philosopher" and most people imagine a bust of Socrates, obscure texts or intellectual tête-à-têtes in the so-called Ivory Tower, away from the muddle of real-life concerns. But three recent issues made something clear: We need philosophers engaged in public life — and a public willing to engage them...