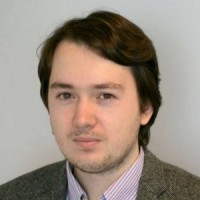 Vsevolod Kritskiy was born in Saint Petersburg, Russia. He is a PhD Candidate in International History at the Graduate Institute of International and Development Studies (IHEID) of Geneva. His research focuses on nation building in Central Asia and Europe in the inter-war period by the Soviet Union and the League of Nations. Prior to the PhD, Vsevolod completed a Master’s in International Affairs at IHEID and a Bachelor degree with Honours in History from Warwick University. Vsevolod also works at the Internal Displacement Monitoring Centre of the Norwegian Refugee Council as a Junior Fellow in the Middle East, Europe, Caucasus and Asia department, focusing on protracted displacement situations in Central Asia and the Caucasus.

What is happening right now in Ukraine? This is a question that I find asking myself now almost every other minute, frantically checking twitter, facebook and the Ukrainian press, usually in that order. This has been going on ever since I decided to check on one of the live feeds on January 22nd, and stumbled upon a wave of police running at...