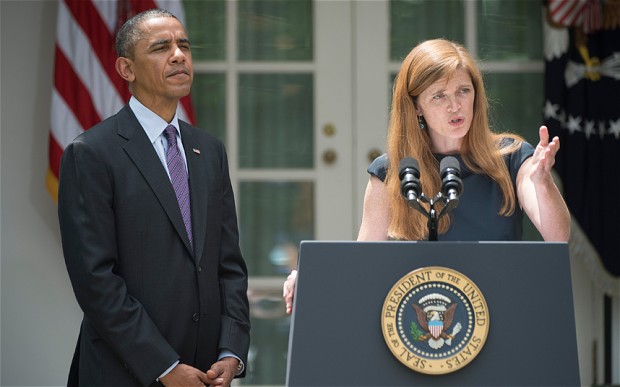 The recent announcement that the United States was sending some 300 advisors to Iraq should have sent shivers up the spines of many Americans with historical memory. It did at least for me, someone who vividly remembers that the original engagement of the U.S. in the Vietnam War began with a similar seemingly simple gesture by President Kennedy. While this time the advisors will be arriving at what was announced as the winding down of involvement, the parallels are no less striking.

Granted that drawing parallels between Iraq and Vietnam is risky; different eras, different continents, different ideologies, different justifications. Nevertheless, the fundamental driving force behind both engagements is liberal interventionism. The United States believed and still believes that it is the “indispensable nation,” the bedrock of a world order that it must spearhead to preserve. Whether sending troops to Asia to stop the spread of Communism or to Iraq to overthrow a dictator who supposedly possessed weapons of mass destruction, the firm American belief in its leading role has not wavered.

While President Obama is certainly less belligerent than his predecessor and the neo-conservative claque who constantly call for projecting American power for whatever reason, he is currently surrounded by liberal interventionists like U.S Ambassador to the United Nations Samantha Power who see protecting human rights and defending freedom as the just cause for intervention. While the neo-conservatives extol American force as a good in and of itself, the liberal interventionists decry force except when it is used by the United States for the higher good of promoting human rights.

Both on the right and left of the political spectrum, calls for intervention remain a fundamental foreign policy strategy. Few calculate what the $4 trillion spent in Iraq would have done to bolster the U.S. infrastructure. Few are reviewing what time and effort was wasted “training” an Iraqi army that put down and gave away their arms as soon as the ISIS forces appeared. What were the “advisors” doing in Iraq all these years?

More important, very few are reviewing the fundamental assumptions of liberal interventionism. While one can admire democratic systems such as the ones in the United States and Switzerland, the question of whether this system can be exported remains unchallenged. Within the exporting question, of course, is the question of importing. Can countries such as Iraq ever become liberal democracies? Is the liberal/democratic system consistent with the history and culture of all countries?

The euphoria in the West over the Arab Spring was based on an assumption that liberal values had finally come to the Arab world. The Spring was perceived as a fulfillment of Fukuyama’s vision of the end of history. Democracy and capitalism were indeed the final answers about how societies should be organized. That was, after all, what the people in the streets of Cairo, Tunis and elsewhere seemed to be demanding.

Four years after the beginning of the Arab Spring, with turmoil in Syria, Egypt, Libya and Iraq, we are witnessing a counterrevolution. Groups like ISIS and other fundamentalists are clearly expressing their disapproval of liberalism. And they have an important number of followers. The vision of the end of history and the triumph of liberalism is rapidly disappearing. Who would have imagined in the euphoria that Iraqi nationalists would have nostalgia for Saddam Hussein because he kept the country together? Who would have imagined that there are those who prefer to see the murderous Bashar al-Assad stay as the leader of Syria rather than a takeover by radical Islamists?

To say that the United States should stay in Iraq because its earlier intervention caused the current problems is a specious argument. “If you broke it you must fix it” merely perpetuates the initial error. No, the intelligent thing to do at this moment would be a serious rethinking of what interventionism means. President Obama appears tied by the earlier decisions of George Bush; he could have made a radical shift from that policy. Winding down the wars in Iraq and Afghanistan is not the same as completely ending U.S. involvement.

The article had first been publi­shed on Daniel Warner’s blog, hosted by la Tribune de Genève.