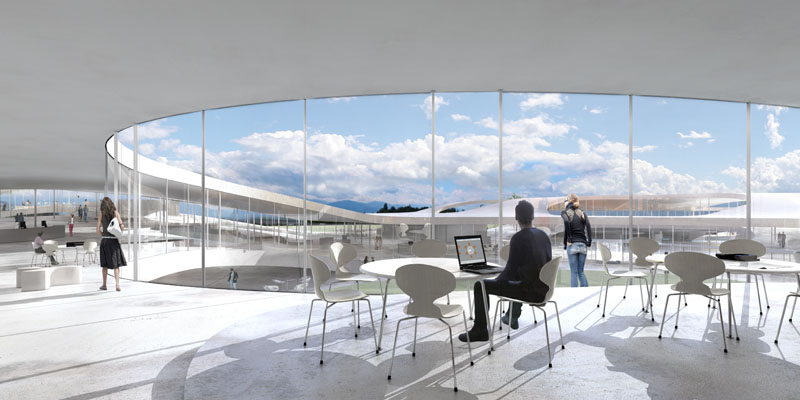 The recent nomination of Patrick Aebischer, President of the Ecole Polytechnique de Lausanne (EPFL), to be president of the Novartis Venture Fund (NVF) has caused quite a stir. Critics are claiming he has a flagrant conflict of interest. Beyond that criticism is the deeper question of the private-public relationship between universities and academia.

Michael Sandel, eminent political philosopher at Harvard University, recently spoke at the University of Geneva. His thesis, carefully presented in his book “What Money Can’t Buy” and dynamic lecture is that our society has become overly commodified. Everything is for sale. As the subtitle of his book expresses, “there are moral limits to markets;” not everything should be financially negotiated. Some of his examples are: prison cell upgrades, surrogate mothers; the right to immigrate to the United States, the right to emit a metric ton of carbon into the atmosphere or the admission of your child to a prestigious university. “We live in a time when almost everything can be bought and sold,” he writes.

Where does the university stand here? With costs soaring to maintain competitiveness and public funds dropping, universities have raised their prices – $52,000 a year at major U.S. schools and CHF 8,000 for foreign students at the Geneva’s Graduate Institute of International and Development Studies. But even that is not enough to cover operating costs and generous financial packages for those who need scholarships.

As with so much that used to be covered by the public sector and considered part of the common good, universities have turned to the private sector. Professorships and endowed chairs have corporate labels; buildings are named after generous benefactors; research projects are funded by interested companies; libraries grow thanks to the generosity of philanthropists; online courses are sold to the general public.

This all may seem terribly strange to those with a traditional view of academia and the university. In the late 1960s, the great American historian Henry Steele Commager railed against corporate recruiters even appearing on campus; to him the university was a sacred place of learning divorced from business. Education was learning with no professional consideration hindering the pursuit of knowledge. (By the way, the same college where Commager criticized recruiting on campus has recently voted against online courses.)

The EPFL is a graduate school that specializes in science and technology. Its relation to business is obvious, and no one objects to its Rolex Learning Center or affiliations with Nestle or ABB. Its students are preparing to enter the professional world and their corporate-sponsored research is an evident win-win situation. However, it is also funded publically, complicating the relationship between its academic pursuits and its business affiliations. How objective can its students be when they are doing research funded by a private company?

Not all universities are technical ones. With diminishing public funding, almost all universities will be turning more and more to the private sector for support. How should this be done? Yale University rejected a $20 million dollar gift because the funder demanded control over how it would be spent. A university in Texas was embarrassed when a leader of Enron was found guilty of fraud since he had endowed a building with his name on it.

The ivory tower has traditionally been very ivory. The difference between town and gown is part of a historic separation between academia and “the real world”. But even the oldest universities in the English speaking world such as Oxford now have their sponsors as exemplified by the Saïd Business School.

Michael Sandel has raised an important question about the limits of commodification. Should our educational system be based solely on the potential to get a job? The temptation in times of high unemployment to see universities as training grounds for future employees is real. After all, much of the education philosophy during the Industrial Revolution was to prepare future workers. The number of students today enrolled in computer science courses is very impressive; the number of students following the humanities is declining.

Like Sandel, I believe something is being lost here. Learning in and of itself has value. It is, in many ways, a public good. We expect the public sector to educate students in the broadest sense and are extremely upset when public schools and universities fall behind. In a truly democratic society, according to Horace Mann who founded public education in the United States in the 19th century, public education should give all young people an equal opportunity to be educated members of society. Education is a public good.

The intrusion of the private sector into public education appears to be a necessary evil. But it comes at a very high price. After all, isn’t a properly educated, critical public the backbone of a truly democratic society?

Should I merely remind you that since many years political power (democracies) heavily decline against economic power. And then it…

The Appeal of the Good Life: DAESH Recruitment Videos and the Struggle over Normality

Should I merely remind you that since many years political power (democracies) heavily decline against economic power. And then it looks quite logical that economic power takes over the fundements of the society (so called public good) by funding the educational system in order to produce « adapted » brains in order to pursue the huge take over of the public willingness. And thus in the near future dictates its own laws to prevent any counterpower (unless also controlled) by refraining People to express its own views about society’s evolution.
I believe that under such circumstances the terrible dictatorships’ views of « 1984 » and « Holy World » are indeed not that far away.