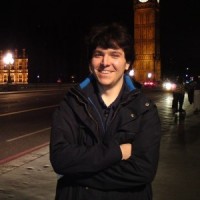 Adnan Rıza Güzel is an historian, freelance journalist and internationalist who lives in Geneva since 2011. He is an MA candidate in International History and Politics at the Graduate Institute. Currently he studies the history of the Suez Canal and the development of Egypt since the opening of the canal until the World War-I. Before moving to Geneva, he studied in Istanbul for his bachelor’s degree, focused on European and Middle Eastern history. He is interested in the modern and early modern history of the Middle East.

A More Profound Look at the Turkey Protests: Is Taksim Tahrir? “What went wrong?”

Since the final days of May, nation-wide demonstrations in Turkey have taken place against Turkish Prime Minister Recep Tayyip Erdogan and his Justice and Development Party (AKP) government. Mainstream Western media coverage and analysis have labeled these demonstrations the "Turkish Spring," a questionable reference to the Arab Spring...