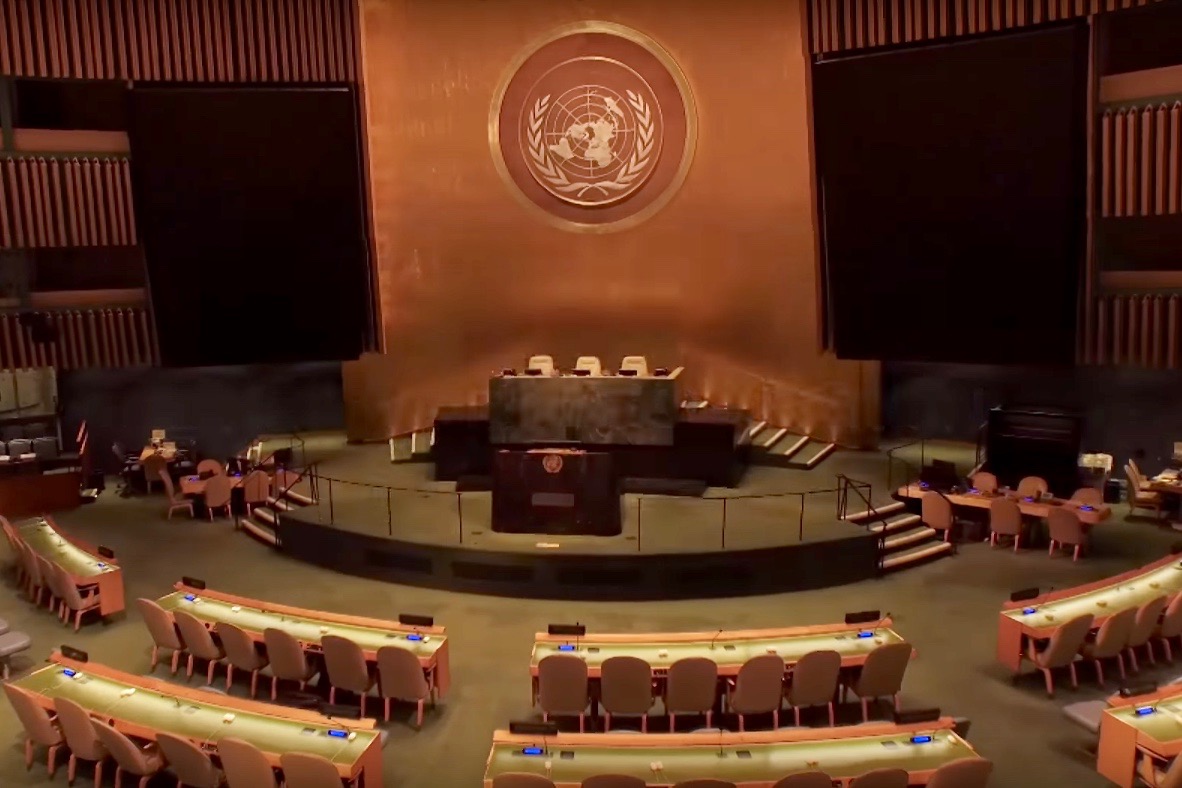 In this article, Emmanuel Deonna stresses the importance of the Global Compact for Migration and discusses the controversies surrounding its recent adoption by more than 150 countries. Deploring Switzerland’s wait-and-see attitude, the author notes the paradoxes of Swiss diplomacy on this burning political issue.

The intensification of the globalization process, the facilitation of communications, transport and trade, the increase of interstate and intrastate armed conflicts, rising inequalities, demographic imbalances and climate change: these phenomena have a major impact on the migration scale and its importance worldwide. In this context, the ratification of the Global Compact for Migration by more than 150 countries in Marrakech on December 10th is to be welcomed. As a result of a two-year negotiations between states, civil society and the private sector, it is the very first international instrument exclusively devoted to migration.

Despite its non-legally binding character (soft law), this international agreement is noticeable in several respects. First, it was adopted on the basis of a detailed migration data (economic, social, legal, anthropological) collection and as a result of an extensive consultation process.1 Secondly, it recommends to implement preventive measures to address the root causes of migration, combat human trafficking and facilitate returns.2 The Global Compact for Migration rightly emphasizes and focuses on solutions and best practices in order to facilitate regular migration.

High quality information and analysis on migration is all the more needed since the « populist international » has spread a staggering amount of untruths and fake news about the Global Compact for Migration in the media and on social networks. Donald Trump and Marine Le Pen, as well as many governments and extreme right-wing movements, particularly in Central and Eastern Europe, have raised the specter of the invasion of hundreds of millions of migrants if the agreement was to be adopted. In their preposterous and Manicheist view, this would mean the death of national sovereignty.3

On the other hand, most migrant rights advocacy groups paradoxically consider that the Global Compact gives too much importance to national sovereignty and interstate cooperation in security matters. For social movements and civil society actors gathered at the People’s Summit, the agreement mistakenly fails at anchoring freedom of movement across borders and the supreme right for migrants to be protected. The principle of non-refoulement, crucial in refugee law, has been removed from the text. Moreover, the detention practices of migrants, and in particular of children, are not condemned.4

United Nations High Commissioner for Human Rights Michelle Bachelet was right to publicly deplore the Swiss ambassadors’ absence in Marrakech. Peter Aeberhard, Coordinator of the Swiss civil society platform for migration and development as well as an informed observer of the Swiss political scene, conveys the disappointment of the representatives with whom he was able to exchange views in Morocco. “As Switzerland was at the forefront of the negotiation of this pact, the paradox of its ’empty chair policy’ could not go unnoticed in diplomatic circles. Nevertheless, Switzerland’s role in the elaboration of the Global Compact was appreciated and mentioned in Marrakech on several occasions”, he stresses.5 In September, Federal Councillor Alain Berset gave his personal blessing to the Pact.6 Switzerland has played a particularly active role in the elaboration of the Compact over the past two years through its representative in New York, Jürg Lauber.

Admittedly, Switzerland’s wait-and-see attitude could be explained by the fear of the results of the 25 November vote on the SVP’s isolationist initiative over self-determination. The choice of Swiss diplomacy to keep a low profile at the crucial moment of adopting the Global Compact – by deferring its signature and giving the Federal Chambers quasi-decision making power in that domain – is highly problematic.7 It is incompatible with its commitment to human rights and its humanitarian tradition. It also sadly risks depriving Switzerland of its assets in multilateral diplomacy, notably by weakening Geneva and its status as one of the foremost centers of global governance.

An abridged version of this article initially appeared in La Tribune de Genève (in French).

5. For more information on the Swiss Civil Society Platform for Migration and Development, see : http://mdplatform.ch/wordpress/ ; https://www.youtube.com/watch?v=X8B0s8HC-1U&feature=youtu.be