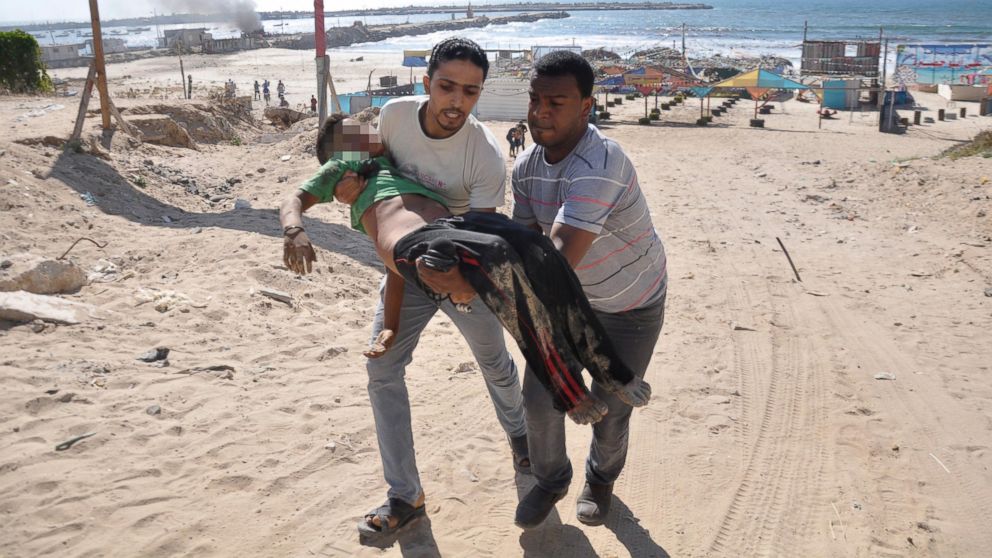 The sun shines in Geneva during glorious summer days. Swimming pools are crowded with excited children; some have left for their chalets in the mountains, others have left or are planning to leave on vacation to the beaches of southern Europe or Asia. “Summertime and the livin’ is easy” as George Gershwin wrote. But newspaper headlines scream otherwise: “Israel launches ground invasion of Gaza,” “Jet brought down by missile in Ukraine”. How to reconcile “the livin’ is easy” with the horrors of the headlines? And with other tragic events that don’t make the front pages.

When I was a schoolteacher in New York City, I was confronted with the contrast between my daily surroundings, the South Bronx and then Harlem, with the comforts of my Upper West Side lifestyle. Coming home in the evening, I found it difficult to put out of my mind what I had seen during the day. Attending parties with college friends, I would inevitably be asked where I worked, “downtown” (meaning Wall Street) or “uptown” (Madison Avenue). When I answered “way uptown,” meaning out of the safe zone of typical Manhattan professions, people politely dropped the conversation and drifted away. I was no longer on their radar.

One of my first bosses in my Harlem experience made a comment, among many others, that has stayed with me for over forty years. Responding to my youthful exuberance and convictions that I (we?) could change the school system as well as the lives of all the children, she said, “Remember Mr. Warner, we will all still be here when you leave.” She was wisely saying that my day job was just that, a day job, and her experience, working and living in the neighborhood, was a life-long reality. I was “in but out,”: she was there.

Last night a friend wrote to me “Please do not go to Ukraine by air”. I have been to Kiev several times in the recent past. Much like my experience in the South Bronx and Harlem, I am there but not there, “in but out.” How can we reconcile our privileged places living in Western Europe with the horrors taking place in Gaza, the realization that Palestinians have been ghettoized in Gaza and the West Bank with no place to go?

We who are so mobile, both geographically and mentally, have the privilege of moving on to where we want to be, to where our surroundings respond to our needs and desires. We have the freedom to be at the pool, in the mountains, to be at the seashore. While we have that mobility, we are also secure. Can we imagine the children in Gaza who, tired of being cooped up in their apartment all day, wandered to the beach only to be killed by a missile? When people in Geneva complain about the lack of security, how can we take their complaints seriously? We are in a bubble, “the world’s largest gated community,” as a friend wisely observed in reference to all of Switzerland.

Secretary of State John Kerry is running around the world trying to broker a peace agreement between Israel and Hamas, trying to stop Iran’s nuclear development, trying to assure Afghanistan’s future after the withdrawal of U.S. troops, trying to stop the civil war in Iraq, and so on. But John Kerry is also enormously wealthy. He is married to Teresa Heinz who inherited a fortune from her first husband. According to Wikipedia, “Heinz and Kerry live an affluent life. They own a six-floor, $7 million townhome in Boston’s Beacon Hill neighborhood, a $9 million ocean-front home on Nantucket, a $5 million ski retreat in Idaho, a $4 million estate in Fox Chapel, Pennsylvania, near the Heinz family’s home base of Pittsburgh, and a $5 million home in the Georgetown neighborhood of Washington, D.C.” Kerry is truly “in but out”.

Does his wealth disqualify him from brokering peace on earth? Can he understand the suffering of those he is trying to help? But then again, on these glorious summer days in Switzerland rollicking by the pool, walking in the mountains, or preparing our next trip, aren’t we all “in but out”?

Kerry, gimme your job, your appointments & your salary, I will find an easy & quick solution man.

Kerry, gimme your job, your appointments & your salary, I will find an easy & quick solution man.