Heaven for traders, hell for the population 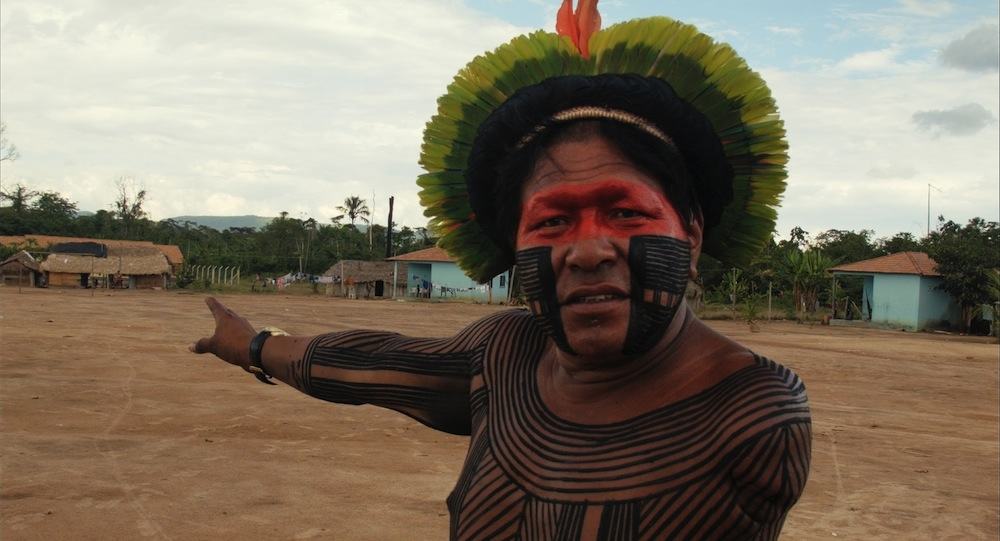 The behaviour of the multinational giant Vale towards the Xikrin Indians of Brazil is closely examined and heavily criticised in Trading Paradise © A Film Company, Valentin Greuter

Switzerland is one of the largest trading hubs for raw materials in the world. 60 % of metals trading and 25 % of the trade in crude oil and cereals take place in Switzerland. The sector’s activity has skyrocketed in the last ten years. But this kind of globalisation carries its share of paradoxical and unfair effects. Environmental and human rights standards are not applicable everywhere. Multinational mining companies with their headquarters in Swiss cities, where they benefit from a very favourable regulatory and fiscal environment, are chasing new opportunities all around the globe at an ever growing speed and in a largely uncontrolled way. Polluted soil, water and air lead to the severe illness and poisoning of elderly people, women, children and animals. Local populations are subjected to pressures and threats. Violence is at times inflicted on them by representatives of the mining companies and their allies who control the territories.

Trading Paradise by Daniel Schweizer, shown during the International Festival and Forum on Human Rights (FIFDH), takes us on a journey to the controversial copper mines of Mopani in Mufulira (Zambia) and Antapaccay (Cuzco) in Peru. The film also highlights the concerns of the Xikrin Indians, threatened by the expansion of nickel extraction sites in Onca Puma in Brazil. The Swiss director’s camera also makes a few excursions into the conference rooms and offices of Geneva and Davos. He granted us the following interview.

Trading Paradise is the last of three documentaries that you have dedicated to the environmental and human consequences of gold and raw material extraction in Africa and South America. One discerns a striking continuity not only in the topics that you have explored, but also in the reactions caused by the facts that you denounce in this series of films.

Since 70% of the gold mined is refined in Switzerland, we faced a kind of wall of silence on the part of the gold and luxury industry when shooting Dirty Gold War. However, after theatrical release a heated public debate broke out. Some personalities, like Dick Marty for example, advocated an urgent need to legislate in order to supervise the evolution of these markets. The gold refineries Metalor and Argor had refused to testify in the film. We were accused of dirtying the image of Switzerland. In fact, we faced the same heavy atmosphere while working on Trading Paradise. The president of the Swiss Trading and Shipping Association (STSA), Stéphane Graber, stood in our way. He got in touch with the communication manager at Glencore, Charles Watenphul, in order to dissuade him from talking to us. He also succeeded in obtaining the cancellation of our discussion with his counterpart in German-speaking Switzerland.

In Trading Paradise, the chairman of Glencore, Ivan Glasenberg, declares that his company complies with all environmental and human rights laws and regulations. Two representatives of the multinational were in attendance when the movie was screened last week in Geneva. They also answered the questions raised by the audience. How do you interpret the public position taken by the company?

Since its fusion with Xstrata, Glencore is quoted on the stock exchange. This has changed the relationship of the company with the media, notably by forcing them to communicate. Because it doesn’t belong to the Swiss Trading and Shipping Association, the company doesn’t feel bound by the positions expressed by its head. Glencore was aware that we were determined to investigate the situation in the extraction sites of Mufulira (Zambia) and Antapaccay (Peru). When they realized that our documentary, coproduced by Swiss public television, was going to be screened in the three linguistic regions of Switzerland, they felt it was in their best interests to cooperate.

However, they refuse to acknowledge any responsibility for the facts presented in the movie. Their attitude is of total denial. They disguise the compensations paid to the farmers of the Mufulira site as philantropy and are taking no steps to relocate the residents of the district of Kankoyo. Their strategy consists of denying or altering the facts that we point out. The balance of power is unfortunately in their favour, because taking them to court at the local level stands very little chance of success. 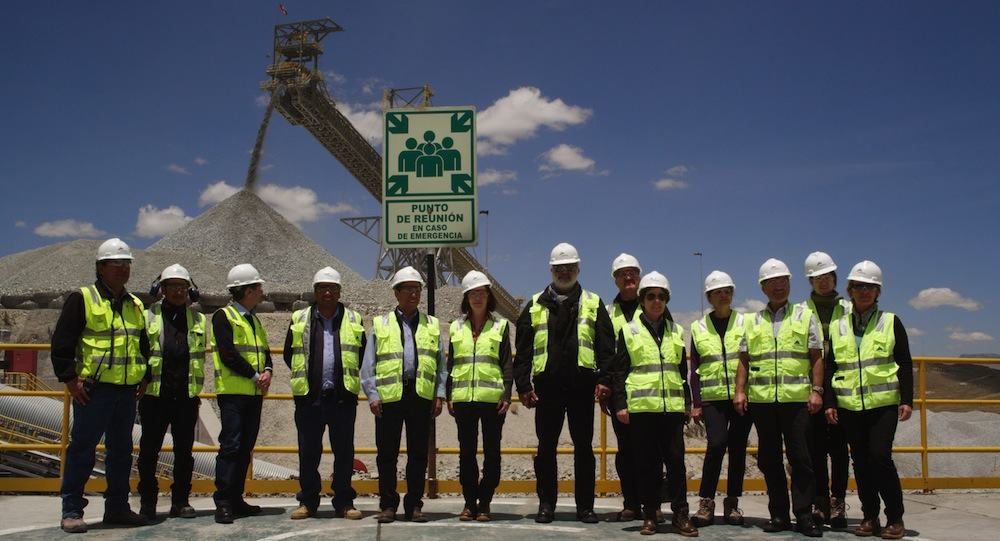 Daniel Schweizer documents a field visit by a delegation of the Swiss National Council to a Glencore extraction site in Antapaccay in Peru © A Film Company, Valentin Greuter

Your film also documents a field visit by a delegation of the Swiss National Council to a Glencore extraction site in Antapaccay in Peru. Could you describe the circumstances of the visit and the reactions to the presence of the camera?

Peru has privileged relationships with Swiss mining companies. It is a mining state. When we learned about the visit, we made an effort to make sure it coincided with our presence on the spot. It was a unique opportunity for us to accompany Swiss elected officials in their function and to take footage inside the mining site without having to face Glencore as our unique interlocutor. We could also film the meeting of the Swiss parliamentarians with representatives of Peruvian civil society. These are organizing to resist the damage caused by activity on the site. When we noticed camera flashes, we realized that our presence was under high surveillance. A local employee of Glencore in charge of the relationship with the neighbouring population was observing all the conversations, which the president of the Commission, Carlo Sommaruga, found deplorable. Two other members of the delegation (Maximilan Reimann (Swiss People’s Party) and Doris Fiala (Free Democratic Party)), who openly side with Glencore in the movie, later tried to ban distribution of the film. They had been informed of our presence on the site. Although their complaints were formally transmitted to us, they were fortunately not in a position to censor the movie or to prevent its being screened in Switzerland.

Another part of your movie points a finger at the continuing injustices being perpetrated by the multinational Vale in Brazil. Widespread demonstrations against the damage caused by this company have already taken place in Brazil as well as other parts of the world…

The situation in Brazil right now is indeed particularly alarming. The Senate recently allowed the opening of new mining sites despite the Foresta law, which clearly delimits indigenous protected areas. We met the Xikrin Indians through a friend of mine who is a medical doctor and treats some of them, with the help of another friend who is a photographer.

All the shooting had to take place covertly. We needed to avoid trouble with the Brazilian authorities. I know that our filming in Xikrin and on the mining site of Carajas deeply annoyed Vale. The company has nevertheless remained silent so far, which is how they were advised to behave by the Burston communications company.

In your movie one hears the critical voices of some respected figures, such as representatives of the NGOs Public Eye and Alliance Sud, Swiss senator Dick Marty, the environmental activists Yes Men and the economist Joseph Stiglitz. Their testimonies add considerable weight to your arguments.

We benefited directly from the opinions of experts from NGOs well acquainted with the topic, and we could follow their on-site investigations. Dick Marty is one of the first high-ranking Swiss personalities to have taken a stand on this topic and raised the alarm about what these companies are doing. With their corrosive sense of humor, the Yes Men take a fresh and critical look, as outsiders to Switzerland, at what is happening. No insider could have treated these subjects the way they did. Lastly, we were able to film the handing-over by the Nobel Prize laureate Joseph Stiglitz of the Public Eye « Prize of shame » to the company Vale in Davos. This was no doubt a very symbolic moment to capture.

You make use of very vivid, colourful and evocative footage in your movie. The music also imparts a particular rhythm to your story…

These images are there to suggest the pitiless, cynical law of the American Wild West. Some of these images are drawn from the movie « The Salt of the Earth » by Herbert J. Biberman, which was shot secretly in 1954. The movie was censored under McCarthyism and prohibited until 1974, because it showed the struggle between trade unionists on one side and mine administrators and police officers on the other. I also use sequences from Brazilian and Peruvian movies which were shot at extraction sites. With the passing of time, the material has deteriorated. The images appear orange once the copies have been transferred from 16 mm to video format. This is what we call « the vinegar syndrome » in movie directors’ parlance. This work on archival film footage was a way for me to celebrate the importance of social struggles of the past and to draw parallels between the past and the present in an exercise one could call « archeology of memory ». As far as the music one can hear in the film is concerned, the main influence comes from blues music. I collaborated with the rapper Greis, a politically committed artist who had also attended the Public Eye Awards. After we realized that rap music was not really appropriate for this movie, I worked with his friend Benjamin Noti. He and his producer Claudio Bucher together created this powerful soundtrack. 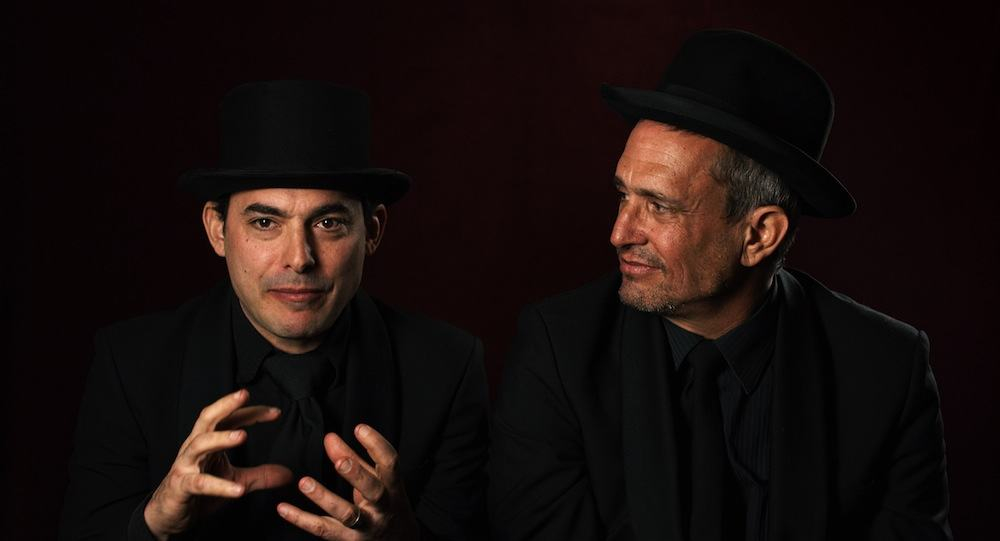 With their corrosive sense of humor, the environmental activists Yes Men take a critical outsider look at the responsibility of Switzerland in the international trade in raw materials © A Film Company, Valentin Greuter

The French version of this article initially appeared in Gauchebdo.