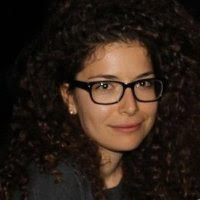 Syriza’s victory in Greece: anti-austerity for everyone 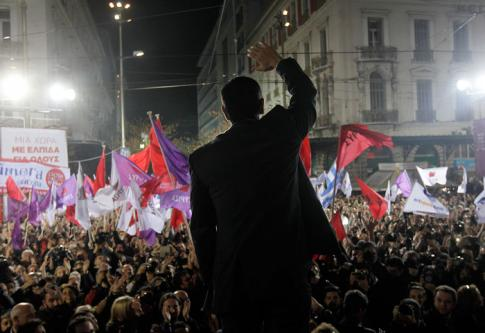 It was an amazing moment. In the Syriza campaign tent in central Athens last night, tall Germans from Die Linke, Italian communists waving their Bandiera Rossa, Podemos activists from Spain, a French couple with a Tricolore, they all clapped and swayed and danced with ecstatic Greeks. Strangers wept for joy in each other’s arms1.

There is something that all Greeks agree on (and this rarely happens): austerity policies failed. The risk for a national nervous breakdown is pretty real. Instead of an economic and social resurrection, European Union (EU)  and International Monetary Fund (IMF) austerity initiatives led to an unemployment rate of 25.9% (dropping from 27% during the second half of 2014) and an unprecedented rise in social inequality and poverty2.

It is now very clear to everyone that the target for the primary surplus (4.5% of GDP) is setting the bar too high3. Through its democracy, Greece sent the message to the world that the current policies are to be dismissed. And Syriza was elected to be its messenger. A messenger respecting a nonchalant dress code (no ties), tech-savvy, simple (the minister of Economy flies in…economy class to his meetings around Europe), and intriguingly audacious in front of European stakeholders and the Troika.

No communists – they are reformers. They are not against EU – they are against austerity and “plutocracy”. What brought a left-leaning party to power on a decisive moment in Greek and European history? Is their agenda realistic – and what are the obstacles they can stumble upon, both in and out of the Greek borders?

Everyone in Greece can point their finger to someone who they think is corrupt, or to local/global oligarchs whose power stems from long-lived godfather-like politics. From passionately picketing union leaders who after the protest will close backroom deals with their “oppressors” to fiery students who advocate for quality education but don’t really plan to use it when it is offered to them – everyone will agree that “All this has to go”.

Syriza is promising exactly this – and post-electoral polls in Greece (as recently diffused by the media) seem to show that the majority nurtures a positive attitude and support towards them. The big question here is whether Syriza will stand their ground regarding their electoral agenda in front of the EU and IMF stakeholders. Whether their supporters are willing to put in the hard work in order to wipe off the rotting and corrupt old practices, or enthusiasm will die down as soon as actions need to be taken. The hope is that Syriza will not just offer a cheeky alternative to the asphyxiating turnover between the two parties (one mildly socialist and the other conservative) that incessantly alternated in power for the past years, but manage to genuinely motivate people to go after the “change” they are seeking so fervently. Interestingly, the same card (escaping from this binary political landscape which is the source of all evil) is played by everyone, and mostly extremists like Golden Dawn. Syriza’s advantage lies within the country’s leftist legacy, their full support to recent popular mobilizations (similar to the Spanish “Indignados”), and finally their capacity to step on the social tension and call for a “united leftist movement”.

Debt write-offs are not uncommon in the economic world, with the Latin American countries leading the count (the 1890s, the 1930s and 1980s and for Argentina, 2002)4. Syriza will insist on a solution like the one that was demanded in the case of Germany in 1953: that is, canceling the greater part of the debt and paying back the rest within the terms of a growth clause. There is only a myriad of problems associated with this request, the first one being the unwillingness of the north European tax payer to partake in this. Greeks democratically said no to austerity, and their voice should definitely be heard. But how about the voice of German, Dutch, Scandinavian voters? Who, and for which reasons, should take the blow is yet unclear. In addition, opponents of a write-off have every right to wonder whether Greeks will see this as the best opportunity in their modern history to actually move forward. In a nation emotionally tied to a past full of struggle, financial debt, and the omnipresence of a certain enemy (be it provocative Turkey, capitalist USA, or the “cold-blooded” and money thirsty European north)  it is wishful thinking to believe that the endless red tape, abysmal bureaucracy and social divisions of which nationalism feeds off can be easily wiped off.

A dawn which is not golden

Overshadowed by the heavily hyped victory of Syriza and its immediate bras-de-fer with the EU, the rise of Golden Dawn to the third place in the Parliament is equally dangerous for the society as the case of a “Grexit” (the so-far worst case scenario). Syriza’s social equality push, their pro-immigration policy and open support to anarchists arrested in guerrilla type cases are  perfect red flags for right-wing extremists. A strategy of tension between Golden Dawn (backed up by friendly intra-police networks) and the more radical cells of Syriza can lead to even deeper polarization and further escalate the violence destroying the already ice-thin social equilibrium.

EU money holders and Syriza want different things, and at this moment they both seem determined to take no steps back. What is interesting is that they threaten each other with the same argument: a Grexit. Greece’s card is that EU can’t afford to let them go, since that would very likely initiate a domino effect of Southern economies – and Germany sees this as a case of a leper that should finally leave the village before someone is infected. While we are waiting to see how the upcoming Eurogroup receives Syriza and their requests, one can try to ask themselves how close we are to sacrifice a nation’s society in order to save its economy. What if in the process of economic recovery, a nation loses its identity, dignity, hope, and therefore its future? Golden Dawn and similar nationalist parties across Europe are quietly turning this despair and confusion into hatred and violence. They know how to do it, for the pre-World War II European social landscape was not that different, and not as far in the past as we’d like to think.