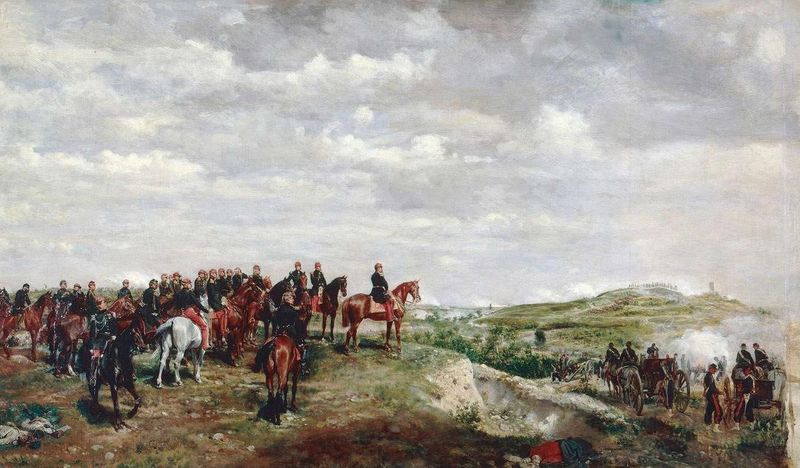 The International Committee of the Red Cross (ICRC) celebrated its 150th anniversary in 2013. Started in a small apartment in the Old Town of Geneva, the ICRC crystallized and codified the first international norms dealing with the laws of war. After watching on the news the bombings of hospitals and schools in Gaza with innocent women and children among the victims as well as the difficulty for outside forensic experts and family members of passengers to inspect the site of downed MH17 in eastern Ukraine, I ask: Is humanitarianism still pertinent today?

The context within which the ICRC was founded is radically different from our current environment. Chivalry, honor, distinguishing combatants from non-combatants, all seem relics from the past. When one reads Henry Dunant’s A Memory of Solferino, one is impressed by the author’s concern for all the victims of war, no matter on which side they had fought. There is something wonderfully naïve in Dunant’s distinction between humanitarianism and politics, something admirable in his acceptance that war is inevitable while at the same time his unbending, heroic devotion to alleviate suffering. Neutrality, independence and impartiality were possible in the 19th century, just as was the campaign to end slavery.

After the horrors of World War I and World War II, there were conventions outlawing chemical weapons, genocide, torture and covenants for human rights. In the face of what had happened after each war, there seemed to have been progress towards greater respect for human dignity. Certainly we have seen acts of barbarism in spite of the progress – Rwanda, the killing fields of Cambodia, Srebrenica – and the list is much too long. But there are norms, and all the mentioned are contrary to what was established and accepted.

The nature of conflict has changed. Instead of soldiers fighting on battlefields, often calling truces to return home for the harvest, we are witnessing conflicts with no rules, and worse, no referees or sanctions against those who break the rules. Technology, cyber-warfare and drones, have also radically altered how wars are fought. A simple cease fire to take care of the wounded is shorter and rarer.

While the International Criminal Court was established in 2002 to prosecute individuals for genocide, crimes against humanity, war crimes, and eventually crimes of aggression, leaders such as President Omar al-Bashir of Sudan, who was indicted by the Court, continue to function. The deterrent role of the Court has not stopped what we are witnessing in Gaza, eastern Ukraine, Iraq, Syria, Libya, etc.

The above appears pessimistic. Statistics tell us that fewer people are dying today in wars than ever before in history. The 100th anniversary of the beginning of World War I is a grim reminder of man’s inhumanity if not insanity. The fields of Verdun are a testimony to the senseless loss of life of those who fought for a couple hundred meters of turf. We are not seeing that today.

What we are seeing today may be even worse. Traditional battles were just that, battles between soldiers. At the Battle of Gettysburg in 1863, 46,000 soldiers were wounded or killed; only one civilian was killed. Today we are witnessing conflicts specifically aimed at civilian populations, something that is contrary to the core of humanitarianism. The distinction between combatants and non-combatants is disappearing in asymmetric warfare as the militarily inferior side tries to find different ways to overcome its handicap, such as kidnapping girls and young women by Boko Haram in Nigeria. Traditional humanitarian concerns are being violated. There are rules; they are being ignored. And we are watching the violations live on television.

Henry Dunant believed that his role was to reduce suffering on the battlefield. Just as Francis Lieber developed the Lieber Code in the United States in 1863 during the Civil War, Dunant and the ICRC tried and try to humanize war, that which is inherently against the rules with few exceptions. But the question remains: Have we made any progress?

The work of the ICRC walks a fine line between politics and humanitarianism. When delegates are denied access to the wounded and prisoners, when they themselves are being fired upon, it is indeed reasonable to ask if we are witnessing the end of humanitarianism. When the sanctity of hospitals and schools are violated, probably by both sides, in Gaza, can we still take seriously the fundamental assumptions stipulated in the Geneva Conventions? Have we gotten to the point where we can say that the very idea of humanizing war is outdated? Minimally, we can certainly say that the “power of humanity” – the slogan of the Red Cross and Red Crescent – is facing an uphill struggle.

Maybe I didnt understood the point but I don’t know if talking about chivalry and honor is a good exemple and is really in link with huma­ni­ta­ria­nism. I mean, crusades and many medieval wars are very often associated with massacre of unarmed civilians, as with chivalry and honor.

It’s kinda funny to have « rules » to make war. Bacharl-el-Assad could not use chemical weapons against his people (here we have a spark of hope, the chemical weapon have been successfully destroyed, and it wasn’t easy at first sight) but it seems to be « OK » to murder families with copters dropping barrel bombs.

To your question, I’m not sure of the answer. I would say : I don’t think we have made any progress, we have tried to humanize something that could not be humanized: War.