The Gubernatorial Races in Georgia and Florida 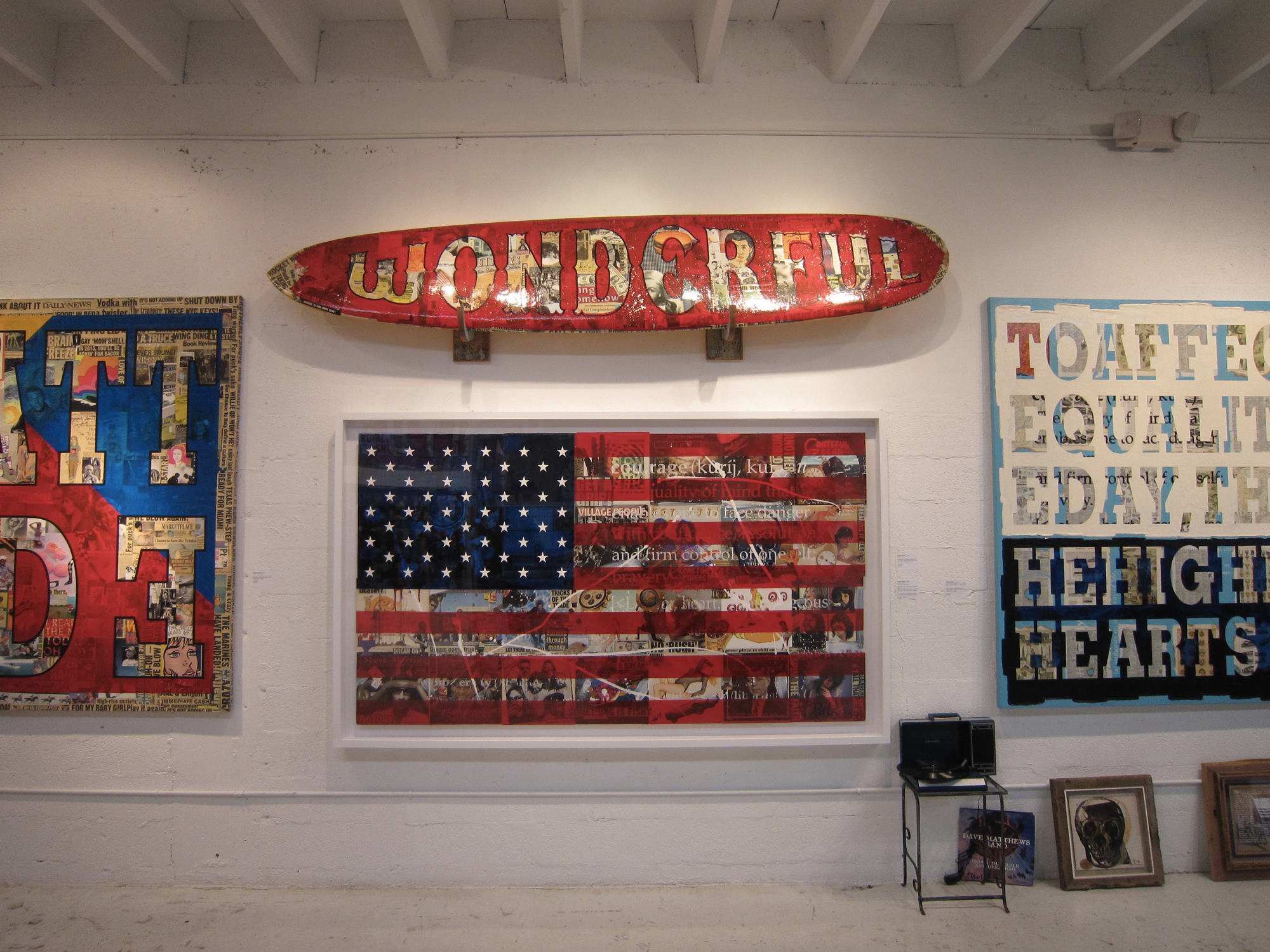 There are only a few days left before the 2018 midterm elections. Having laid out the stakes of this nationwide referendum on President Trump, William McComish now turns to two races that could set the tone for the next presidential election.

The 2018 midterm elections represent a crucial political event at the national level, but there are many state level races that have national significance too. In both Georgia and Florida, new governors are going to be elected on November 6. Both of these elections are relevant for the nation as a whole because both states are populous, increasingly diverse and the political orientation they take in 2018 will be read as an indication of the direction they will take in 2020. In both states there is a direct confrontation between Trump-endorsed Republican candidates and progressive Democrats. There is also a racial component: both Democrats are African American while both Republicans are white. The racial aspect is particularly relevant in Georgia, where the Republican party has made efforts to suppress the black vote in order to limit Democratic turnout.

The contenders for the governorship of Georgia are Stacey Abrams on the Democratic side and Brian Kemp for the GOP. The race is symbolic because it opposes Brian Kemp, Georgia’s Secretary of State, whose job it is to oversee elections, against Stacey Abrams who has built a movement that aims at getting more people to register to vote.

Stacey Abrams, an African American woman, is the former leader of the legislature in Georgia and a Yale alumnus. Abrams has been rejecting the notion that she should campaign trying to change the minds of GOP voters, instead, she relies on getting more people in a state that is increasingly racially diverse to participate in the political process. She relies on new voters from minority groups, unmarried women and millenials. In 2013 she founded the New Georgia Project with the goal of registering people to vote.

The refusal to move to the center by Abrams is mirrored by her Republican opponent Brian Kemp. Whereas Abrams will not compromise her progressive policies, Kemp has doubled down on his conservative message. In a TV ad that looks like a caricature of the GOP’s most extreme policies Kemp can be seen blowing up government spending (literally), handling guns and talking of rounding up illegal aliens in his pickup truck.

Brian Kemp won the GOP primary after receiving Donald Trump’s endorsement, and Mike Pence campaigned for him. He is relying heavily on white voters; statistics from the primaries show that GOP voters are 93% white, whereas whites are only 30% of Democratic voters. This racial contrast explains why voting rights are at stake in Georgia: voter suppression tactics favor Republicans whereas voter registration favors Democrats.

If non-white voters tend to vote for the Democratic Party, then the growing racial diversity of Georgia’s population is good news for them. Stacey Abrams hopes to build a coalition between non-white voters and liberal white voters in order to win a statewide election. This would be a replicate in Georgia of the coalition that Barack Obama built both in 2008 and 2012 at the national level. It is a brute fact of American politics that black voters tend to vote for Democratic candidates. In Alabama for example, the Democrat Doug Jones got the vast majority, 96%, of the black vote against Roy Moore.

This racial divide in partisan support is not lost on the GOP that has lead efforts to try to limit the black vote. In Georgia, a proposal was made to limit the number of polling places in Randolph county, which is 60% black. This would have seriously hindered their ability to vote and thus Stacey Abrams’ chances of winning. The plan was abandoned after a public outcry.

Brian Kemp, as Secretary of State, has personally been involved in limiting the overall number of registered voters in Georgia. Carol Anderson, an academic specialist of such tactics calls Brian Kemp a “master of voter suppression”. The GOP has controlled both the state legislature and the governorship in Georgia since 2005. Since then, the state legislature has gerrymandered electoral districts, making black people less able to achieve representation and thus helping the GOP keep control of the legislature despite the relative number of whites decreasing from 68% to 57% of the population between 2004 and 2016. Brian Kemp, as Georgia’s Secretary of State since 2010, has used his legal powers to intimidate organizations that seek to register nonwhite voters. He has used frivolous excuses to block registration, not least investigating his current opponent’s Stacey Abrams’ New Georgia Project organization in 2014.

Currently the polls show Brian Kemp winning, but only by a small margin: 48% to 46.4%, if he wins with such a small margin, it will be due to voter suppression and thus the tactic will have paid off.

Just like Georgia, Florida is set to elect its new governor on November 6. The primaries yielded contenders that represent the centrifugal wings of their respective parties. Following a single tweet of support by president Trump, Republican Ron DeSantis rose in the polls ahead of the GOP primaries and won against his establishment opponent Adam Putnam, against all expectations. There was no less of an upset in the Democratic primaries, where Andrew Gillum, an African American progressive, defeated the centrist Gwen Graham. DeSantis was helped by Trump and Gillum was buoyed by Bernie Sanders’ support.

Ron Desantis has been described as a mini-Trump: he released a frankly weird campaign ad that shows him playing and teaching his children by helping them build walls and reading from one of Trump’s books.

The effect that the president’s support had on Ron DeSantis’ victory is a sign that Republicans are increasingly under the influence of Trump and that primary voters will favor candidates that are endorsed by the president.

Andrew Gillum is the current mayor of Tallahassee and supports Medicare for all, higher minimum wages and abolishing ICE1. Gillum argues, like Stacey Abram, that victory for the Democratic Party does not lie in trying to be more like Republicans, what he calls “Republican-lite”. Rather, he relies on the black, latino and millenial votes, which is the same strategy as Stacey Abrams’.

Florida is the biggest swing state in the US, if Democrats were to win the governorship, this would be seen as good news ahead of the 2020 presidential election and also of the 2020 census and subsequent redistricting. Likewise if a Trump-like governor were to be elected it would be good news for the Republicans because it would confirm that the party of Trump can continue to win elections in a major state.

Regardless of the result, the fact that these two specific candidates are running against each other shows what we might expect in the coming years in terms of politics across the US. The Republicans are doubling down on Donald Trump’s populism, while Democrats are moving away from the safety of centrist politics and embracing a bolder progressive agenda. There are risks involved for both parties, indeed despite the strength of Donald Trump’s base, there are many voters who could be put off by his nationalist policies and erratic behavior. Likewise, many voters might prefer a more centrist party à la Hillary Clinton, rather than a more progressive one, à la Sanders.

It is an open question which of these movements will hold the levers of power in the coming years in the US. But common sense would dictate that a party that is centered on the personality of its leader is vulnerable to that person’s weaknesses. Indeed, Donald Trump could yet be found guilty of collusion with Russia, guilty of violating campaign donations laws or frankly any other felony. Trump’s low popularity ratings show that the general population does not particularly like him; hence he is vulnerable to electoral setbacks, either in the upcoming midterms or in the next presidential election. If Donald Trump were to fail, the GOP he has remade in his image would be in serious trouble.

When describing the movement away from the political center, the movement to the left in the Democratic Party cannot be equated to the shift to the right in the GOP. There is no equivalence between a party that has developed a personality cult for the president and is actively trying to limit the ability to vote of US citizens and one that is actively trying to get those same people to the polls. In Florida and Georgia, the choice is thus between an extremist populist party taken over by Trump, and a party with an energized progressive element that has not resorted to attacking the institutions of the USA in order to win elections.

1. The US Immigration and Customs Enforcement, ICE, has come under intense criticism for the tactics it uses to enforce immigration laws inside the USA, as a result there has been calls to abolish that agency within the Democratic Party.

Trump was right about trade