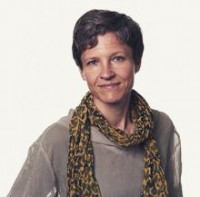 The Appeal of the Good Life: DAESH Recruitment Videos and the Struggle over Normality 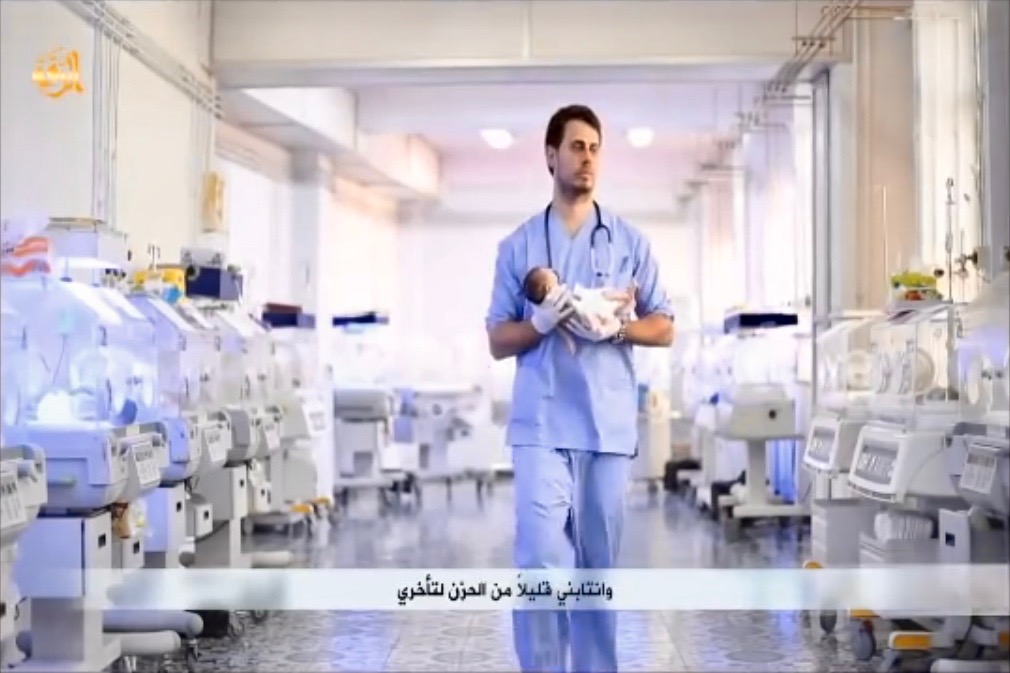 Most of us probably imagine the videos through which radical Islamic groups, such as DAESH, strive to appeal to and recruit followers in the West to be focused on religious propaganda, the life in a radical community and the adventures of holy war. However, the videos also appeal to something else: to the promise of a good, dignified and normal Western style life. In this piece, Professor Anna Leander underscores the significance of this appeal to normality and the paradoxical effect it is having. It triggers a struggle over normality in which anti-radicalizers deny any form of normality to DAESH and those joining it.

As part of the work for a large-scale multi-disciplinary Nordic Council project investigating Security Technologies and Societal Values (NordSteva), I was focusing on how online politics works and in what ways understanding it requires us to rethink our conceptualizations of politics generally and democracy specifically. I was planning to engage the broad ranging debates on this matter that have been raging for a long time already and involving a very broad range of thinkers including political theorists such as Pierre Rosenvallon and Sheldon Wolin, geographers such as Nigel Thrift or Lousie Amoore, ethnographers such as Rebecca Stein and Daniel Miller and media theorists such as Cathrine Hayles or Jodi Dean. As usual, I preferred to do this from below, looking at something tangible that I can think with and through. For a range of reasons this ended up being the DAESH recruitment videos. I ended up publishing an argument about how I think these videos work or what their politics is as I put it in the article title: Digital/Commercial Invisibility: The Politics of DAESH Recruitment Videos. I would like to share my reflections on something that struck me as surprising in the course of this research and that has become ever more significant since: that so many of the DAESH recruitment videos focused on conveying life under DAESH as a good life and indeed normal one from the point of view of the potential Western recruits they were addressing. This jarred with my expectations that military adventures, jihad against the West and the virtues of a strict Muslim lifestyle to be the all dominating themes. Of course, videos concentrating on these themes abound. However, alongside these, I found a plethora of videos appealing to things like the possibility of shopping at the market, using public transport, playing football, listening to music, playing video games, going to the park with the family or getting appropriate health-care. These videos are constructing a state online — a welfare state of sorts — in which recruits can live a good life and a life beyond war. These videos promise a dignified Muslim life with the mundane qualities and comforts of life in the West.

An excellent example of this kind of video appealing to a mundane, normal good life is the video where the pediatric doctor Tareq Kamleh calling himself Abu Yusuf recruited from Australia appeals to fellow Muslims with healthcare backgrounds to join DAESH (full video). This doctor is shown walking around among the incubators of a maternity ward, speaking English and using only Arabic expressions that any Muslim would know even if they were not practicing. His core message is that others should follow his lead, to do so as soon as possible, and join the DAESH in its efforts to construct a functioning healthcare system. In fact Abu Yusuf insists that it is any Muslim’s duty to do precisely this; it is an opportunity to live a good life, doing good. He underlines that what is lacking in his ward is neither medicine nor equipment. Called for are skilled people, fellow doctors and nurses. In this video there is no trace of violence, no radical difference to the West. There is however an unambiguously stated promise of a moral and ethical life for Muslims in a community of Muslims. Overall, the life Abu Yusuf depicts is marked by normality, including in the healthcare system. This message of course is an important one. Would be recruits from the West who join the DAESH and other radical organizations are asked to leave their countries, friends, families and lifestyle behind. So an image of what can be excepted when arriving and a reassurance that a normal life is possible is essential. 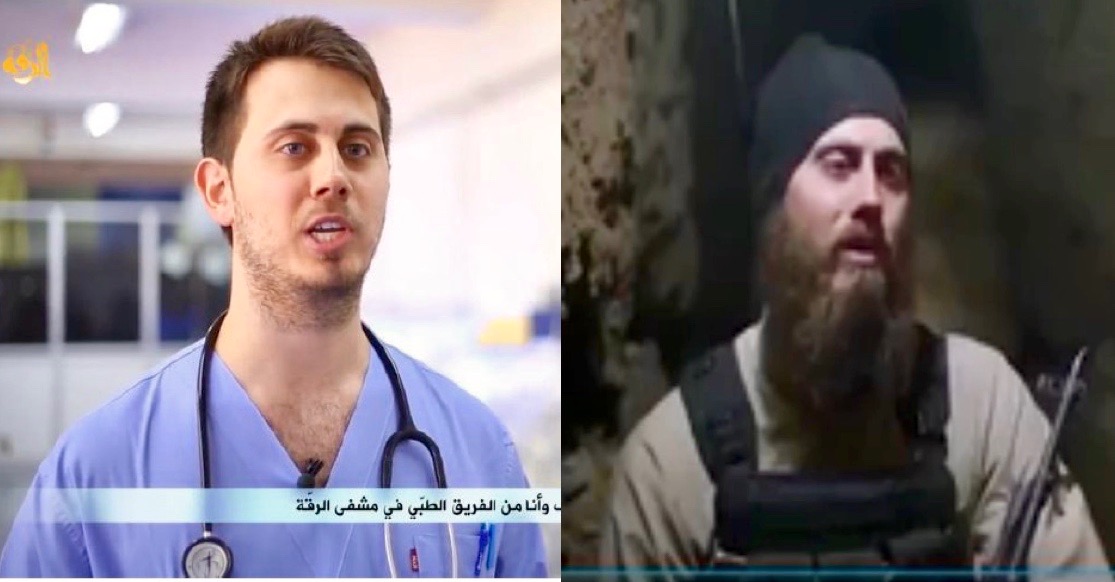 The centrality precisely of this message has not been lost on the various agencies striving to counteract online recruitment. Anti-radicalization policies therefore routinely involve publishing information and images about the violence of DAESH and the impossibility of a normal life under its rule and the personal and emotional strain joining it therefore involves. And this trend has only increased since I wrote my article. To see this, it is enough to look at any of the official anti-radicalization sites such as the Stop-Jihadism site of the French government. But a tour around the fascinating and diverse flora of anti-radicalizations sites including those run by companies to whom the policy is outsourced and/or those established by enterprising individuals who finance their activities through donations will only reinforce the impression (google will take you there). The fate of Abu Yusuf on the net is telling in this regard. Today there are not only a number of videos showing him advocating violence and Jihad fully armed in DAESH fighter uniform, there are also stories about him aimed at discrediting his call and his person. These include extracts from an alleged diary in which Abu Yusuf describes his disenchantment with DAESH in detail, accusations of various forms of abuse of sexual norms ranging from illegal marriages to descriptions of him as a ‘sex-pervert’. His violent death is also described in detail. The story these videos tell — whether or not they are doctored and false — is that of the impossibility of life under DAESH.

An important question to ask at the present juncture is therefore one I did not ask in the article for the NordSteva project; namely what the consequences of the struggle over normality that is raging online are. What are the implications of the relentless efforts of radical Muslim organizations to show that they can offer also a normal life and of the counter-radicalization organizations to deny this possibility? Is the insistence on the absence of normal life under DAESH (and other radical Islamist groups) doing its job of preventing recruitment? Or, is it also having counter-productive implications? For example, is it deepening the divide between those recruited and those attempting to counter that recruitment? If so, what are the consequences of this for the possibilities of reaching out to would be recruits, communicating with them and hence preventing their radicalization? More generally, is the widening gulf narrowing the terrain for interaction? Is the mutual refusal to recognize the possibility of normality contributing to casting the other not merely as an enemy but as a foe, someone who simply cannot be negotiated with but who must be eliminated? When other forms of communication break-down violence remains an obvious option; perhaps even the most likely or only one. Is the deepening of the gulf between the radicalized and the West perhaps hampering attempts at de-radicalization and reintegration as the gulf simply becomes too wide to bridge? And, finally, how is the struggle over normality and the gulf it may be generating countered, diverted or perverted on both sides? This is a long list of questions or perhaps more appropriately curiosities that grow out of emphasizing and revisiting a specific aspect of this research. Although ending on open questions may see unsatisfactory to many, I would tend to see it as an indication of the continuing significance of this research as well as an invitation to engage it to take it further.