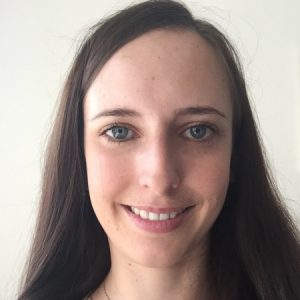 The Upper House Election in Japan: “Teflon Abe” Did It Again 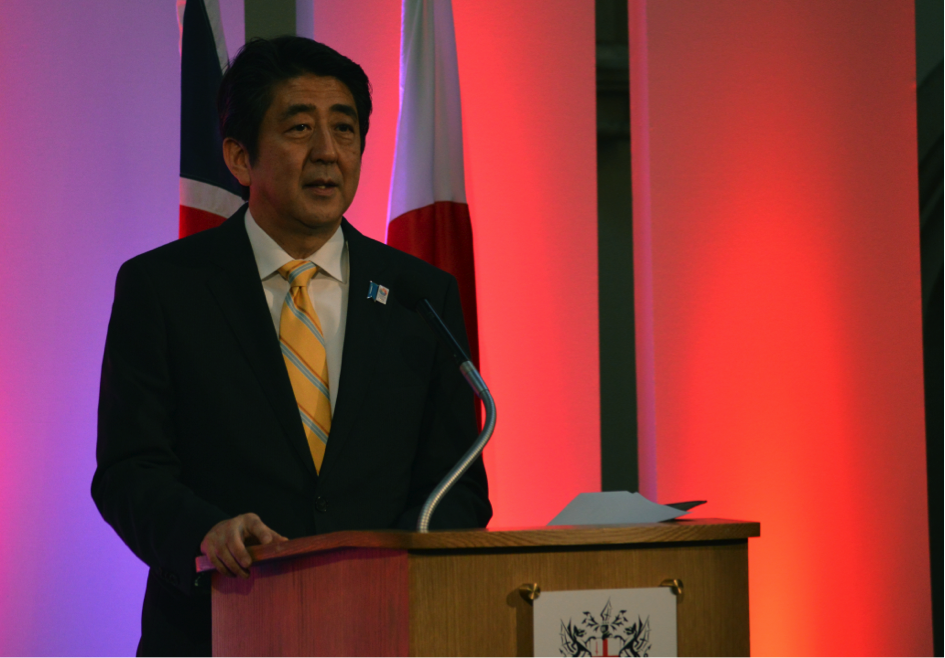 Prime Minister Shinzo Abe is firmly in the saddle.

In the recent Upper House Election on 10 July in Japan, Prime Minister Shinzo Abe’s Liberal Democratic party (LDP) scored a sweeping victory. The LDP won 56 and coalition partner Komeito 14 of the 121 contested seats. Abe, delighted with the results, called the outcome an endorsement of his economic policy Abenomics. With the help of two small like-minded opposition parties and four independent lawmakers Abe’s coalition now has a two-third majority in the House of Councilors, which, coupled with the supermajority it holds in the Lower House, allows Abe to set in motion plans to change the Japanese constitution – his long-cherished political ambition. The surprising thing: the Japanese citizens, who cast their ballots for the LDP so numerously, in reality seem to have little trust in Abe’s economic policy (in a June poll, 61% of the respondents said they did not believe in the effectiveness of Abenomics, while 23% said they did) and opposed constitutional revision (in the same survey, 44% indicated being against making any constitutional amendments under Abe, while 36% expressed approval).1 This seems paradox: why would people support policymakers whose policies they disapprove of? I argue that at least two intertwined reasons can help understand this “Abenigma”: skillful framing and a lack of alternatives.

If the campaigning for the Upper House election was interesting in one regard – after all, Columbia University emeritus professor Gerald Curtis labeled it “one of the dullest in recent memory”2 – it was not for what the LDP candidates said, but for what they left unsaid. In the campaign, Abe steered clear on his revisionist signature agenda such as constitutional change like a minefield in order to temper his image as a security hawk. Abe has long advocated a revision of the 70-year-old American-drafted constitution and in particular its article 9, in which the Japanese people renounce the threat or use of force as a means to settle international disputes. The two-third majority the pro-revisionist camp now holds in both parliamentary chambers for the first time allows him to initiate a national referendum on re-writing the supreme law he considers a legacy of Japan’s defeat during the Second World War and the imposition of the victorious powers’ values upon the country. However, as there is strong aversion in the Japanese population against changing the constitution, in particular the pacifist clause, Abe’s LDP skillfully avoided mentioning it during its electoral campaign.

It was bizarre in many ways: one of the most ideological Prime Ministers in post-war Japan (at least after his grandfather Nobusuke Kishi) sidestepped any –isms in the campaign and instead tried to convince voters based on different merits.3 The “nationalist pit pull”4, whose party in 2012 released a proposed draft constitution including a rewritten article 9, in 2013 unsuccessfully tried to revise article 96 to lower the bar for initiating constitutional revision to a simple majority, and in 2014 reinterpreted article 9 to lift its ban on collective self-defense; the man who in February of this year had expressed his desire to amend article 95 and in March announced his resolve to achieve constitutional revision during his term in office (which expires in September 2018)6 suddenly downplayed his revisionist passion, with LDP vice president Masahiko Komura arguing four days before the election that there was “zero possibility” that his party would attempt to change article 9.7 To cite political scientist Jeff Kingston: “throughout the campaign … Abe played the ‘good Abe’… while the ‘bad Abe’ played hooky.”8 The opposition was not successful in breaking Abe’s mysterious silence either. Its attempt to make the LDP’s aim to rewrite the constitution the key issue in the campaign gained little traction, leaving it to the powerful LDP to set the agenda.9 In other terms, the opposition was too weak to be heard or too discredited to be believed (see below).

Instead of focusing on its unpopular nationalist credentials, the LDP narrowed down the electoral campaign to Abenomics, Abe’s threefold approach to achieve economic growth by combining fiscal expansion, monetary easing and structural reform. In this domain, it is easier to score by presenting compelling data: in Abe’s case record corporate profits, the first rise in commercial land prices in eight years and the lowest unemployment rate in nearly two decades.10 Even though the electorate had become disappointed with Abenomics, in particular due to its inability to achieve sustainable macroeconomic effects, it bought into Abe’s argumentation that the economic program needed more time for its virtuous cycle of corporate profits, wages and domestic consumption to materialize. Despite skepticism about Abenomics there is little appetite to abandon it halfway through, in particular since voters recognize the potential of the so far neglected structural reforms for economic recovery and want to wait and see if it can bear fruit.11 In this sense, hope sustained support. In addition, voters appreciated the fact that Abe had outlined a coherent economic program, including clear goals and vigorous leadership. Such consistency differentiates his policy-making from the uncoordinated muddling through of the Democratic Party Japan (DPJ) government which ruled the country 2009-2012.12 This leads us to the other reason why Abe manages to stay in power despite opposition to most of his signature policies: an enfeebled opposition.

The Opposition – Barks But Does Not Bite

As political scientists have established, in order for policy issues to matter to voters, the major candidates must provide alternatives among which they can choose.13 It is the responsibility of political parties to aggregate disseminated public preferences and to offer the electorate a set of policy options. In Japan, however, for a long time the main parties have been ideologically converging, leading to a dearth of policy alternatives.14

The Democratic Party (DP), Japan’s largest opposition force, emerged in March 2016 from a fusion of the DPJ and the smaller Japan Innovation Party (JIP) in an effort to create a united front against Abe’s ruling coalition. However, from the beginning the DP struggled setting itself up under a new and coherent identity. Not only are its leadership posts largely occupied by DPJ veterans, but the party also seems to have inherited its predecessor’s inability to craft a unified distinctive policy program.

In the economic domain, the DP tirelessly points out Abenomics’ shortcomings, but cannot explain how it can succeed where Abe failed. Indeed, in its manifesto one searches in vain for a credible economic program backed with specific financial resources. Neither can the DP oppose Abe on his recent decision to postpone the planned consumption tax hike from 8 to 10%, as it too had advocated such a move. At the same time, the DPJ’s signature welfare policies such as equal pay for equal work, a minimum salary of 1000 Yen (CHF 9.3) per hour and an enhancement of childcare support have long been incorporated into the LDP’s manifesto, further blurring the differences between the two parties.

With little difference between ruling coalition and opposition, voters generally cast their ballot for the party they evaluate to be more competent implementing their policies.15 After having experienced the DPJ’s incapability to provide effective leadership during its reign, this was an easy game for the LDP. The net result was a loss of seats for the DP in the Upper House Election.16

Intraparty frictions might be the most plausible explanation for the DP’s inability to formulate clear policy options that differentiate it from the LDP. While the DPJ had already been a rainbow party with politicians spanning much of the ideological spectrum, the merger of the centrist party with the more center-right JIP made internal cohesion even more difficult to achieve.17 Added to this is the fact that the new party still lacks strong leaders who are able to control the party platform as well and its messaging. Needing to agree on a common denominator among all factions, few policy areas remain in which the DP can set out clear and distinctive agendas.18 The initiative to avoid vote-splitting by forming an electoral alliance with the Japanese Communist Party and two other small opposition forces and fielding joint candidates in single-seat constituencies further blurred the DP’s identity in the eyes of the voters, with the LDP spicing up its campaign speeches with warnings of a communist takeover of the DP.19

In sum, “Teflon Abe”20 seems to be able to bounce off all criticism and remains popular despite the Japanese public disagreeing with his policies. Abe realized that nationalism is toxic to mainstream voters, and throughout the campaign diverted public attention from constitutional issues. An opposition in disarray, which was unable to provide the electorate with an alternative policy platform, further facilitated an electoral victory. Now that the two-thirds majority hurdle is cleared and parliamentary talks about constitutional revision are scheduled, it remains to be seen when Abe decides to show his nationalist stripes – and how the Japanese population will react to this.

On this issue, see also Jeff Kingston, “The Abe conundrum and the pitfalls ahead”, The Japan Times. 18 October 2014. Retrieved from: http://www.japantimes.co.jp/opinion/2014/10/18/commentary/japan-commentary/abe-conundrum-pitfalls-ahead/.

5. The Japan Times, “Abe explicit in call for amendment to Constitution’s Article 9”. 3 February 2016. Retrieved from: http://www.japantimes.co.jp/news/2016/02/03/national/politics-diplomacy/abe-explicit-call-amendment-constitutions-article-9/.

6. The Japan Times, “Abe shows resolve to amend the Constitution while in office“. 2 March 2016. Retrieved from: http://www.japantimes.co.jp/news/2016/03/02/national/politics-diplomacy/abe-shows-resolve-amend-constitution-office/#.V5R8hZOLST8.

9. On a separate note, the ability to decide which issues rise on the agenda probably is the very incorporation of power. See Ethan Schattschneider, The Semi-Sovereign People: A Realist’s View of Democracy in America. Holt, Rinehart and Winston, 1960.

10. The Diplomat, “Abenomics is Failing. So Why Is Abe Poised to Win Big in Japan’s Elections?“. 5 July 2016. Retrieved from: http://thediplomat.com/2016/07/abenomics-is-failing-so-why-is-abe-poised-to-win-big-in-japans-elections/.

For the broader argument that voters’ support depends on their expectations from future, not assessment of past, performance, see Michael B. MacKuen, Robert S. Erikson and James A. Stimson, “Peasants or Bankers? The American Electorate and the U.S. Economy”, The American Political Science Review, Vol. 86, No. 3, 1992, 597-611.

12. The Diplomat, „Abenomics is Failing. So Why Is Abe Poised to Win Big in Japan’s Elections?“. 5 July 2016. Retrieved from: http://thediplomat.com/2016/07/abenomics-is-failing-so-why-is-abe-poised-to-win-big-in-japans-elections/.

18. As an example, the DP is divided on national security – the very issue the opposition camp’s Abe-criticism is focused on – with some members favoring strengthening Japan’s defense capabilities and others remaining skeptical about more assertive security policies.

19. Even though in the one-seat constituencies the limited success of this tie-up should not be ignored: while in the 2013 election, the LDP gained 29 of these 32 single-seat districts, it only won 21 such mandates this year.

20. This term was coined by The Japan Times and describes the fact that, just as it is the case with Teflon material, everything just rolls off Abe.