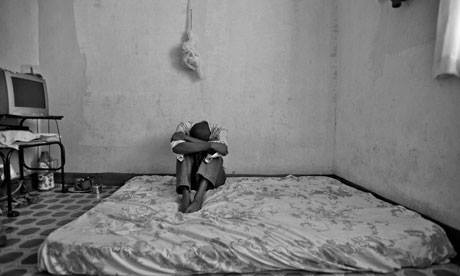 Common sense has the tendency of associating victims of wartime violence to women and children, and men are more likely seen as combatants and perpetrators of violence. Politics and media push us to see men as the ones exercising power and dominance, protecting their family, community or even their country by becoming soldiers in wartime. The simple fact that most countries impose military service to men and not to women, the Israeli case being an exception, is a good example of that role. Women and children are thus more easily perceived as vulnerable and in the need of being protected by their husband, father or brother. Despite this gender perception of women as victims and men as perpetrators of violence, the great number of women involved in conflict as combatants or suicide bombers all around the world already demonstrates the falsity of the assumption. Indeed, women are not only victims of violence, men are not only perpetrators of it.

This misperception of gender roles in wartime can partially be explained by methodological problems in defining some concepts such as victimhood and gender-based violence. The captivating article Male Victimhood in Armed Conflict, written by Kristine Eck and Olga Vera Hänni and published on Jet d’Encre, explains it very clearly and gives us a good comprehension of this problem of data lacking regarding male victims in wartime.

I propose here to focus more specifically on sexual violence towards men and the gender motives behind it. It is worth mentioning that there is no intend to neither deny nor inconsiderate the horrifying scale of the female population affected by sexual violence. However, being aware of the victimization of men in wartime is crucial in order to provide the right protection to civilians in need, and this starts by the understanding that gender is more complex than the over-simplification between violent men and victimized women.

Data on sexual violence against men lack, yet it does not mean that this phenomenon is insignificant. Even if being aware of the scope of it still remains challenging, the small amount of available information already reveals an unexpected scale of these practices. Rape, enforced nudity, castration and genital mutilation are frequently used as a weapon on the enemy.

In the 80s, a study on 434 male political prisoners in El Salvador demonstrates that 76% of them have been subjected to a minimum of one form of sexual violence (Agger 1989, cited in Oosterhoff et al, 2004: 69). The following decade, the Medical Foundation for the Care of Victims of Torture showed that 21% of the 184 Sri-Lankan Tamil asylum-seekers in London have been “sexually abused” (Peel M, et al 2000, cited in Oosterhoff et al, 2004: 69). Later on, a study on sexual torture of men in Croatia reveals a horrifying frequency of these practices: “Of the 1,648 testimonies screened by Medical Centre for Human Rights (MCHR) staff, 78 self-reported sexual torture. Among the 55 survivors of sexual torture who sought help from MCHR, 24 were subjected to genital beatings or electroshock, 11 were raped, seven were forced to engage in sexual acts and 13 were fully or partially castrated. In addition, MCHR staff had found six post-mortem cases of total castration.” (Oosterhoff et al, 2004: 73). And the list is not over. Conflict-affected sexual violence against men has been documented in Argentina, Burundi, Cambodia, Chechnya, Chile, Croatia, El Salvador, Guatemala, Greece, Iran, Kenya, Kuwait, Liberia, Libya, N. Ireland, Rwanda, South Africa, Former Soviet Union, Sri Lanka, Turkey, Former Yugoslavia and Zimbabwe (Sivakumaran, 2007, cited in Dolan, 2014: 1). Latest research on the issue by the Refugee Law Project (RLP) in Uganda provides important information and testimonies contributing a lot in realizing the importance and scale of men affected by this type of violence.

“In 2006 people from X rebel group, soldiers, told us to help them carry food to the bush where they were fighting. By then I had a wife and children. Some of us helped them carry the guns to the bush. We were many people. Women carried food items. When we reached there they said ‘let the males come here’. They told us, ‘you bend’ (we were six men). Then they said ‘you remove your clothes’. We thought they wanted to beat us. They wanted to penetrate us from behind.

They raped all of us. For me it was even more difficult; I was raped by two men. I felt a lot of pain in the abdomen. What pained me was that they said ‘don’t think we are the only people to do that, you should also do that’. They told us to rape others among ourselves.”1

Gender motives of the perpetrators and implications for the victims

A lot of different motives could explain the use of sexual violence in armed conflicts. It could be used to punish, humiliate, implement terror, “affirm aggression and brutality” or as a “reward for bravery”, all of this happening in a “complex web of cultural preconceptions” (Bastick et al, 2007: 15). There is a variety of different intentions regarding these practices such as military or political ones. We will here only focus on the reasons explaining conflict-affected sexual violence against men that can be framed using a gender approach.

Sexual violence is about power and domination of one human being on another (Sivakumaran, 2007: 270). It is therefore “related to the perpetrators’ understanding of their own and others’ masculinity, and the masculinity or femininity of their victims.” (Bastick et al, 2007: 15). Thus, by attacking someone on his gender role, it could infringe his social status, and eventually his sexual identity (Dolan, 2014: 4).

Rape, public sexual violence or enforced nudity are types of sexual violence that will humiliate the victim and for men, make him feel he has lost his manhood (Sivakumaran, 2007: 270). As gender assumptions do not let us represent a man as someone powerless and dominated, using this type of practices over the one who is supposed to protect, destroys his image and status within a society. He will feel as “feminize[d]” and lose a certain respect according to the cultural setting he lives in. Sexual mutilation such as castration or mutilation of the genitals “(…) are a means of using both gender symbolism and gendered violence to ‘feminize’ and thereby humiliate conquered men” (Lentin, 1997, cited in Carpenter, 2006: 94). Other than feminization, homosexualization could be the motive behind sexual violence against men, particularly in the situation of male rape. Indeed, as the victim could “experience” an erection or ejaculate, it will raise questions regarding his sexuality (Sivakumaran, 2007: 272). Losing your heterosexual status has a very important and dangerous impact in a lot of countries. It is considered as a crime in 38 of the 53 African states (Storr, 2011). On the top of it, while you might not even be accepted by your community, family or wife, your life is in danger for security and health issues. Indeed, pain and infection are common physical issues that victims have to cope with.

“The man […] murmured cryptically: « It happened to me. » Owiny frowned. He reached into his pocket and pulled out an old sanitary pad. « Mama Eunice, » he said. « I am in pain. I have to use this. »

Laying the pus-covered pad on the desk in front of him, he gave up his secret. During his escape from the civil war in neighbouring Congo, he had been separated from his wife and taken by rebels. His captors raped him, three times a day, every day for three years. And he wasn’t the only one. He watched as man after man was taken and raped. The wounds of one were so grievous that he died in the cell in front of him.” (Storr, 2011)

Physical harm is accompanied by psychological trauma. Low self-esteem and depression are most likely due to “sexual dysfunction and the destabilisation of gender and sexual identity” (Dolan, 2014: 3). Additionally, the lack of recognition of men as victims of sexual violence strengthens their isolation, which creates another psychological difficulty (Dolan, 2014: 3).

The lack of recognition of men as potential victims of sexual violence in wartime and peace one, is explainable by gender variables. As we have seen previously, the gender preconceptions of male and female roles contribute to focus on women and children rather than men. This focus is observable in the legal framework, in the literature and in the way humanitarian practitioners provide assistance to victims of sexual violence.

Regarding laws, it is interesting to observe that victims of male-male rape are more protected in wartime than in peace one. As Lewis explains, some countries condemn male-male sexual practices in their national jurisdictions. In the case of a conflict, the international humanitarian law applies “as lex specialis”. Thus, a male victim of male-male rape will be more protected, the international humanitarian law providing a better recognition of men victims of sexual violation (Lewis, 2009: 18). However, when looking at the human rights law, definitions hardly protect men. Indeed, this tendency of misusing the terms sex and gender does not contribute to protect victims of both sex, “[…] “gender-based violence” [becoming] synonymous with “sexual violence against women”” (Lewis, 2009: 19). Going back to the national legal framework, Chris Dolan, director of the Refugee Law Project provides an interesting survey completing our point concerning legal protection of male victims. He observed the penal code of 189 countries in terms of “protection for men who experience sexual abuse” (Dolan, 2014: 5). His results are shocking: “90 per cent of men in conflict-affected countries are in situations where the law provides no protection for them if they become victims of sexual violence; 62 countries, representing almost two-thirds of the world’s population, only recognise female victims of rape; 67 states criminalise men who report abuse; In 28 countries only males are recognised as perpetrators of sexual violence – not females” (Dolan, 2014: 6).The international law is therefore crucial in terms of improving the protection of male victims, the Rome Statute of the International Criminal Court leading the way in the full and equal recognition of male and female as potential victims of sexual violence (Dolan, 2014: 7).

Gender studies should help us to go further than this simple dichotomy violent men-victimized women, and grasp the complexity of gender roles in conflict settings. Sexual violence being about power and domination, gender roles are instrumentalized through these practices in order to harm the female or male victim in his sexual identity. Understanding the whole complexity of gender in wartime is thus essential to provide assistance to the entire population victims of sexual violence, the latter being composed of men and women.

This article has been written with Dr. Y. Guichaoua’s helpful comments in the first writing stage.

1. Source: Author’s interview with survivor, September 2014. The name of the rebel group is withheld for security reasons” (Dolan, 2014: 4).

Dolan, C. (2014) “Into the Mainstream: Addressing Sexual Violence Against Men and Boys in Conflict: A briefing paper prepared for the workshop held at the Overseas Development Institute, London, 14 May 2014” Available at: [http://www.refugeelawproject.org/files/briefing_papers/Into_The_Mainstream-Addressing_Sexual_Violence_against_Men_and_Boys_in_Conflict.pdf] (Accessed 20 August 2014)