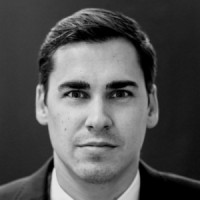 Conservers, Swingers, and Censors: Searching for the Common Denominator in Cyber Governance 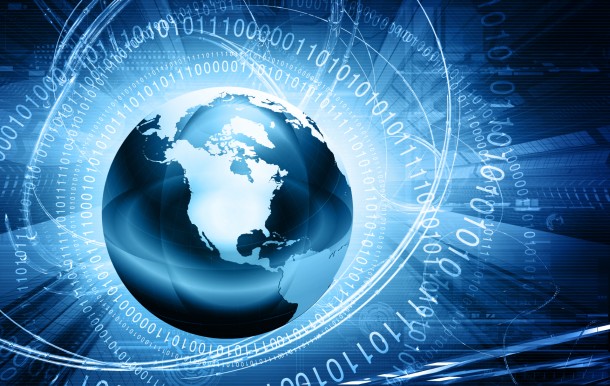 For a long time, the Internet represented a global resource transcending national borders. It was the epitome of boundlessness and globalization. But this vision was shaken to its core by the Snowden Affair in 2013. The revelations of NSA whistle-blower Edward Snowden introduced new energy to an old power struggle in cyberspace. A quarter of a century after the invention of the World Wide Web, various actors are trying to bring the future of Internet governance into line with their own interests.

Nonetheless, one and a half years after the Snowden revelations, the window of opportunity for reforming the current Internet governance regime seems to be closing again. During the last months, Western states—hereinafter referred to as the conservers—have reaffirmed that the Internet should continue to be administered from the bottom-up. This means that the current ‘multi-stakeholder model,’ in which technical, civilian, and state organizations all play their parts as co-determining entities for the regulation of the Internet, will continue to be preferred over a top-down, government-controlled structure.

This diplomatic consensus among the Western governments, however, runs counter to those states that are opposed to the status quo. These states—hereinafter referred to as the swingers and censors―regard the Internet as an instrument of political power wielded by the West. They advocate that the current U.S.-centered cyber governance regime be turned upside down and a new system of governance be installed. Behind the scenes, the order concerning the Internet is challenged by strong rifts. In this clash of divergent interests, finding an overarching regime for regulating cyberspace seems unlikely in the near future.

Since the internationalization and commercialization of the Internet in the 1990s, a loose network of non-governmental organizations have coordinated the World Wide Web in the so-called ‘multi-stakeholder model.’ In this system, relevant stakeholders contribute to the identification and implementation of norms for the global Internet.

Despite the decentralized nature of the Internet some technical functions have been under central regulation in the United States since its beginning: in particular, by the Internet Engineering Task Force and the Internet Corporation for Assigned Names and Numbers (ICANN).

A special role is reserved for ICANN. As a not-for-profit, public-benefit corporation under the laws of California, it is engaged under a number of contracts with the U.S. Department of Commerce (DOC). The mandate for what is nominally purely technical administration of the Internet does, however, have a strong political aspect. With its control over domain names, ICANN can decide who should be allowed to upload which website. Moreover, ICANN has the authority to block the allocation of new domain names. In order to prevent abuse, critics demand that these functions be entrusted to neutral hands, which are truly multi-stakeholder in nature.

Since the summer of 2013, revelations brought to light by Edward Snowden have proven devastating to the credibility of the United States. As a result, different groups of states now demand a reform of the overall Internet governance structure. For these states, the revelations represent a unique opportunity to reshape the alliances that have determined cyber governance up until this point. In the struggle for the future of Internet governance, two opposing camps can be identified.

The first camp consists of the conservers or status-quo states. They advocate a continuation of the multi-stakeholder model. These states are members of the so-called ‘Five Eyes’ camp (the United States, the United Kingdom, Canada, Australia, and New Zealand), which are known to cooperate closely in intelligence collection activities. They strongly advocate an Internet that is open and free from interference by state sovereignty.

The European Union, another important actor in debates over cyber governance, also prefers the multi-stakeholder model over a state-regulated Internet. During the last year, however, several major E.U. states have begun to distance themselves from the United States. Leading E.U. politicians have proposed developing an E.U.-internal Internet, governed by a shared E.U. cyber security policy, and an independent European data space. French politicians, for example, have written a report on the elaboration of a European Internet strategy based on domestically developed software and a European I.T. infrastructure. Germany, too, despite being considered a close partner of the U.S., has advocated closer regulation of U.S. activities on the web as well as a more independent I.T. infrastructure. However, since the initial outcry in Europe over Snowden’s revelations, tempers have cooled, and this E.U. proposition has been less openly advocated.

The second camp consists of those states that have always strongly argued for the necessity of rethinking Internet governance. If anything, since the Snowden revelations, this desire has been pursued even more intensively. These are mainly the BRICS states (Brazil, Russia, India, China, and South Africa). These countries regard the Internet as an instrument of political power wielded by the Western states that is in need of stronger regulatory supervision. As they see it, the multi-stakeholder model is unsatisfactory when it comes to their own interests being represented.

Within this second coalition, there are two groups of states whose positions highlight varying degrees of radicalism: the censors (such as Iran, Syria, China, Cuba, Egypt, and Russia) can be distinguished from the moderate reformers (Brazil, India, and South Africa). The former regard the open Internet not only as a problem, but as a potential threat to their own political regimes. This threat narrative cannot be reconciled with a multi-stakeholder approach that envisages civil society’s participation in determining the Internet’s future. China, for example, is convinced that states should further extend their sovereignty to cyberspace. Recent estimates of Internet freedom point towards a move away from the deregulated Internet towards a more closed, ‘Chinese Internet philosophy.’ According to a new report, in thirty-six of sixty-five countries surveyed, the state of Internet freedom declined in 2014. States increasingly use the Internet as an instrument of power to block, monitor, and persecute critical voices in stark contrast with the original idea of an Internet that transcends nation-state borders. It must be stated, however, that such problematic laws are also emerging in a few democratic countries. Nevertheless, it is mainly the censors who pursue this top-down vision of the Internet, which renders the search for common ground in Internet governance more troublesome.

The moderate reformers, also referred to as the swingers (Brazil, India, South Africa, Mexico, and approximately another twenty-five states), are pursuing a more ambivalent Internet policy. Since the revelations of the NSA eavesdropping scandal, they have advocated more national influence and a more inclusive administration of the Internet; however, they pursue strongly divergent interests. While Brazil is not against the multi-stakeholder approach as such, India is, for example, critical of this model. In the wake of the Snowden Affair the swingers have managed to position themselves as important actors in Internet governance. Today it is believed that their behavior and their decision for or against the multi-stakeholder approach will have a decisive influence on the future of cyber governance.

The Snowden Momentum: a Short Window of Opportunity

14 March 2014 marked an important date in Internet governance. On that day Washington submitted to international pressure when the U.S. DOC announced that it would pass some of ICANN’s critical functions over to new stakeholders after the expiration of its contract with the organization on 30 September 2015. In this way, the United States would relinquish part of its control over the Internet. However, the willingness to globalize this function is better understood as an attempt by the United States to reclaim, for its camp, those states that were initially in favor of the multi-stakeholder model (the E.U. states and some of the undecided swingers) through a mild reform of ICANN, rather than a decisive step toward relinquishing power overall. Today the U.S. still remains categorically opposed to multilateral regulation of critical Internet functions. Some also predict that the contract with ICANN will be further extended, which in the eyes of some governments, would mean that the transition toward a more genuine multi-stakeholder model would be further postponed. What can be expected for the period until September 2015 is therefore not the revolution of a U.S.-centered Internet order, but the continuation of a sluggish reform process.

This reform process began at the Net Mundial conference in São Paulo in April 2014 and is ongoing. Despite all the effort, the fundamental resistance of Russia, China, and Iran against the current multi-stakeholder model remains. For the governments of those states, a ‘bottom-up approach’ is unacceptable, even if it were reformed.

Yet, it is not only the censors who regard the multi-stakeholder model as the central problem in the debate over reform. In the West, too, there are voices in civil society that advocate a stronger top-down approach–especially since the Snowden revelations. They argue that commercial I.T. corporations and intelligence agencies have too much power in the web. In order to protect the privacy of their citizens, they argue, governments must take firmer control of the Internet and exercise leadership in the development of cyber governance. Just one and a half years after the ‘Snowden Caesura’ these voices, too, seem to be losing volume.

The ongoing process of Internet governance reform is handicapped by the difficulty of bringing together these divergent positions. When the U.S. DOC’s contract with ICANN ends in September 2015 the future trajectory of Internet governance could become more apparent. However, no revolutionary changes should be expected. The U.S. will continue to assert a privileged position within Internet governance, and the Internet is expected to remain multi-stakeholder oriented. Also, the good deal of fragmentation with regard to state interests that now exists in cyberspace is likely to persist.

Despite these fragmentations, an improvement on existing governance regimes in some quarters seems, however, likely. In particular in areas in which states share common interests, cooperation could be further enhanced. The universal declaration of Internet governance and the road map for further actions adopted by the majority of governments and other key stakeholders at the Net Mundial conference in April 2014 clearly demonstrated that there is room for common ground between like-minded states.

However, the danger is that the absence of a more genuine, legitimate, and inclusive solution could encourage certain states, in particular the censors, to promote their own vision of the Internet even more strongly. The latest decline of Internet freedoms in many countries is just one factor that highlights this danger all too clearly. These problems are exaggerated in relation to online human rights, for example, as states’ visions for the Internet are simply too divergent. These contradictions will be hard to be overcome in the short term. An all-encompassing regime for regulating cyberspace, therefore, seems improbable in the near future.

Rather, the future of Internet governance after September 2015 will likely be a continuation of the search for the smallest common denominators between the opposing camps, which are the conservers, swingers, and censors. Nevertheless, in order to avoid a further alienation of the censors, the conservers of the status quo should continue to demonstrate their willingness for innovation in the institutional design of Internet governance. In concrete terms this means fostering an approach that allows all stakeholders, in their respective roles, to influence the debate on equal footing. The lost trust in cyber space can only be restored through the consolidation of a common set of rules, expectations, and responsibilities to be applied by all stakeholders. After all, a solution to the current impasses seems only possible if the opposing camps abandon their rigid positions and move towards a zone of potential agreement in the middle.

The article had first been publi­shed on the Georgetown Journal of International Affairs, which is the official publication of the Edmund A. Walsh School of Foreign Service at Georgetown University.